Despite growing conditions providing several challenges, particularly around water shortages and access to labour, Citrus Australia General Manager David Daniels says the industry broke the half billion dollar mark in exports for the first time, with data for the last two months of the year (November/December) still to be collated.

"It is absolutely looking like a record season," Mr Daniels said. "273,000 tonnes have been exported until the end of October. The exciting bit for us was that we have always had that $500m mark in our sights, and we did some forecasting some years ago and we thought we might reach it by 2025. So, we have smashed that and it is encouraging for the industry. But record volumes and profitability back to growers are two different things. Despite record volumes, the size profile of this year’s fruit and amount of blemish means financial returns are not as high as previous years." 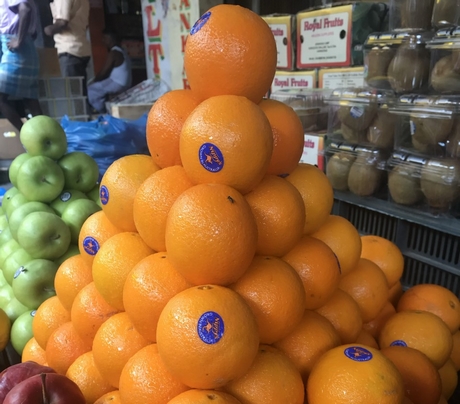 Mr Daniels added that this year the big increase has been driven by the production of Australian mandarins, while navels also increased by just over five percent. Citrus Australia is expecting production to rise even further in coming seasons.

"A few years ago, the industry went through some challenges and a lot of re-planting, and re-working of orchards," he said. "Those mandarins are now coming into full production, so it is pleasing to see that that fruit is going off shore. We saw a 50 per cent increase in mandarin exports this year. We conduct a tree census every year, and with what is in the ground now, production is going to keep going up until at least 2026 - and that is even if there were no more plantings from today."

Australia exports citrus to over 50 markets world-wide, and Mr Daniels says it has been another successful year for growth in China, which has virtually been built from the ground up, starting 6-7 years ago.

"We thought we might have seen it plateau out by now, but there is still good growth there again this year," he said. "It exceeded 80,000 tonnes. The other market that came as a surprise to us, was the Thailand market, which has almost doubled this year. That was predominantly mandarins, and fruit out of Queensland - where some like-minded businesses have got together over the past five years, and really worked together to promote Queensland mandarins in that market each year. They have put the hat around to raise a voluntary levy to do some marketing activities. It appears those efforts are paying off, with the doubling of volumes."

While some Australian fruit is targeted at the premium end of the market in these Asian countries, Mr Daniels says fruit of all grades are sent internationally, to cater for all profiles of consumers. He admits that it is a challenge selling the entire crop; mostly China takes a lot of the Class 1 fruit, and the less popular sizes tend to go into other markets, in order to get the returns.

"We have put a lot of work into the Philippines over the past few years, so that market is grown from zero to over 10,000 tonnes this year," Mr Daniels said. "This is the first time we have broken that five-figure mark; that is the magical number in our head, when it gets over 10,000 tonnes, it is a very good market. We have exceeded that number, so it is very encouraging." 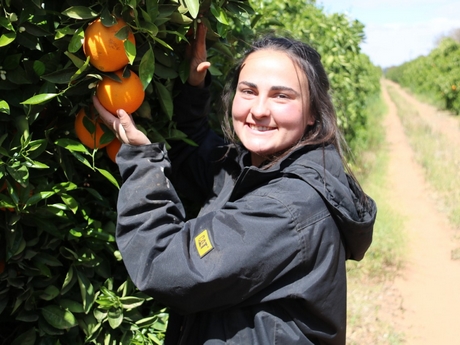 But the peak industry body says they still have a lot of work to do, to ensure that there are markets to take the increase in fruit volumes over the next 5-10 years. Mr Daniels has identified the sub-continent as possibly the next potential opportunity for Australian growers, and says the industry is taking confidence in how quickly they were able to grow the Chinese market.

"The rising tide floats all boats," he said. "What that success has done (in China), has created success in other markets as well, so we have done pretty well right through Asia. Where we would probably look to next over the next decade, is exploring opportunities in India, Sri Lanka, Bangladesh, Pakistan and other markets like that, which have been largely under explored."

Another exciting opportunity for the Australian citrus industry, is the Free Trade Agreement with Indonesia, which will hopefully come into effect in 2020.

"There are pretty good tariff concessions with Australian citrus, and a bit more business certainty, with that diplomatic relationship being galvanised between the two countries," Mr Daniels said.

Increasing exports and developing new markets, including the sub-continent, will be explored at next year’s Citrus Australia Market Outlook Forum, to be held in Melbourne, March 3-4.