“We are not used to planting garlic in December”

The successive rainfalls in November also had consequences on the planting of garlic. Although a majority of producers had finished planting at the end of October, there is still quite a lot to be done. “With the bad weather we’ve had, some producers planted on December 5th. I haven’t seen a lot of producers still planting in mid-December. So I am not sure how it will turn out. Vegetatively speaking, garlic is said to make up for time lost during planting. But we are not used to planting garlic in December. It is quite an exceptional situation,” explains Sébastien Roux, general manager of Ligne Directe Production. 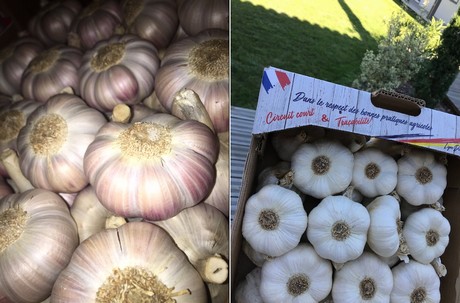 Production impacted by quality concerns
Regarding this year’s campaign, most origins have been impacted by quality concerns. Unfortunately, France did not escape the problem, but Sébastien is still satisfied with the season. “Given the situation, we are quite happy with the quality of the production. In terms of volumes, we had asked our producers to plant more, so we obtained higher volumes than last year, especially for the purple garlic. Several lots had to be discarded, however, and 80% of some productions were affected.”

Most volumes of Ligne Directe Production available in early 2020
The company expects to supply its clients with French garlic until the end of January/beginning of February for 90% of the merchandise. “Last year, we went past mid-February, but given the preservation problems this year, we decided to sell most of our volumes by the beginning of February. We preferred to favor the quality of the products rather than extend the marketing period to the maximum,” explains Sébastien. 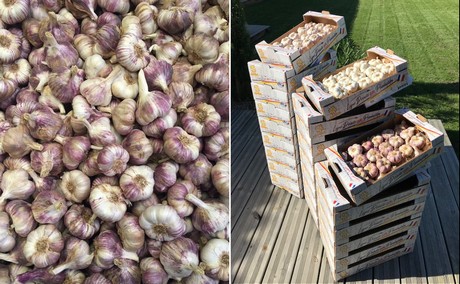 A growing demand for French garlic
The common efforts from marketers over the course of several years seem to be paying off. “Supermarkets and wholesalers favor the French origin more and more as long as stocks are available. This is especially true of the purple garlic, associated with the Cadour region and France, and which we are lucky to produce in our region.”