Tasty bar snacks... made of celeriac?!

There are probably few among you who think of the traditional Dutch bar snack bitterballen when you think of celeriac. But why not? Vegetarian snacks are trendy and celeriac appears to be surprisingly tasty in a croquette or bitterbal, says Apio Snacks' Margaret van Oers. 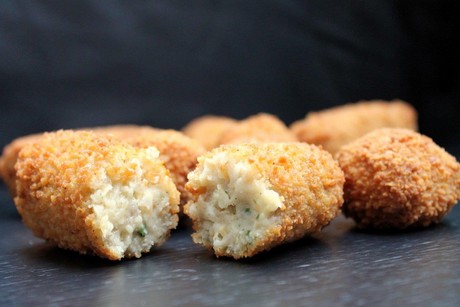 Almost a year ago, Margaret started selling bitterballen and croquettes based on celeriac ragú. “My husband works at Rijk Zwaan and is responsible for celeriac. To promote the crop, they invented a bitterball made of celeriac ragout at Rijk Zwaan. This bitterball was subsequently extensively tested by visitors to the company's demo field and by many colleagues. It was a great success, but the idea was then put on a back burner. Until January 2019, that is, when I had the opportunity to continue the idea. We chose the name Apio Snacks, because Apio is Spanish for celeriac. ”

Timing
The company is now almost a year further. Margaret looks back with satisfaction. “Last year went well. The start of the company has actually been spontaneous and the timing exactly coincided with the current trend around vegetarian and vegan food. That is a nice coincidence. Our snacks can now be ordered from various restaurants, beach bars and the well-known tapas restaurant chain "t Zusje."

Christmas drink
Apio Snacks focuses primarily on the hospitality industry, although there are also private customers among them. Several companies have also shown interest with the prospect of the Christmas nights out. “We get very good responses. Most people are surprised by the taste. They don't expect it, but celeriac is actually just really tasty,"  laughs Margaret. The company hopes to expand the range with a tapas croquette soon. 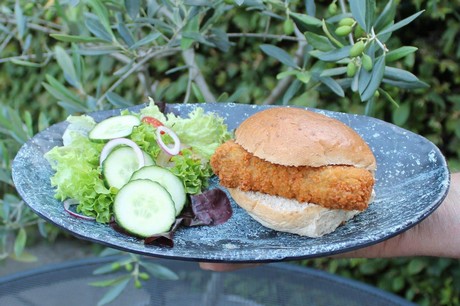 “With Apio Snacks we hope to further increase the market and consumption of celeriac. I think that the celeriac is really on the rise: you see it appearing in recipes more and more often. We hope that the snacks will make celeriac more famous and that people will discover how tasty and healthy the vegetable actually is," she concludes enthusiastically.