"If we let the top fruit cultivation fail, the rest of the Dutch top fruit chain won't survive"

The current top fruit season is steadily meandering on without too many highlights or pit falls. Yet Kees van Blijderveen of the hard fruit company of the same name from Ingen is concerned about the continued existence of Dutch fruit growing. "Conference pears are currently sold unsorted for between 50 and 60 cents, the price for sorted fruit is between 52 and 73 cents depending on size, shape and coarseness. It is not that the situation is super bad at the moment, but considering we actually expected the prices to be a bit higher due to the lower harvest in Europe caused by hail, frost and heat. To be able to continue to invest, that profit has to be there sometimes. " 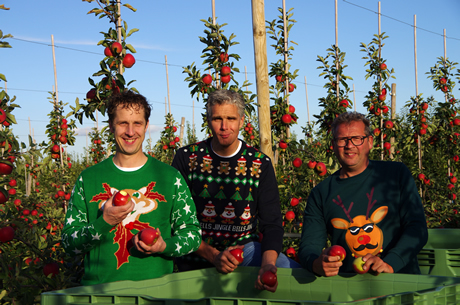 The owner of the cultivation, sorting and trading company remains hopeful. "But it has to look up sometime. We're not asking for the price to be doubled, but it is precisely those last 10-15% that matter so much. For the time being, I look forward to the rest of the season with confidence. Around the new year the demand will increase due to a lack of supply, after which they will be able to replenish their stock for a few weeks, but from the second half of January a few cents extra will really be desirable. If this doesn't happen, we will have to start thinking. What is the value of Dutch fruit then?"

"A number of growers are already making the radical choice to cease their activities before someone makes that decision for them. We, as the Dutch top fruit sector, have been pushed away in the mass production corner. Now we have to deal with excesses and shortages elsewhere. Our production is the start of a great chain. If we let it fail, the rest of the Dutch top fruit chain also has no chance of survival. That is why I am calling on retailers, in particular, to be given the opportunity to jointly enter the future as a sector," Kees argues.

"Then you take a glance at the countries that are supported by all kinds of subsidies. I really wonder what added value this has. We are an expensive production country, but we are capable of producing good volumes of high-quality fruit from one hectare. In spite of our knowledge, we have only been farming backwards in recent years. The sad things is that when apples from the southern hemisphere are bought from high prices and put on the shelves, everyone will accept it. This has to be possible for local produce too," Kees concludes.

Van Blijderveen itself is mainly active on the French, German and Dutch markets and the fruit also goes to farther away destinations via other exporters. "Fortunately, this year the fruit is a lot better in terms of flavour and shelf life than last year. However, we must keep a close eye on the Elstar. Everyone quickly thinks that the 1MCP-treated apples will remain hard, but we should not think about it too laconically. A strict ULO / DCS regime must be used to be able to continue to deliver a solid apple. "