South African growers have added just under 25,000ha of citrus groves over the past decade. 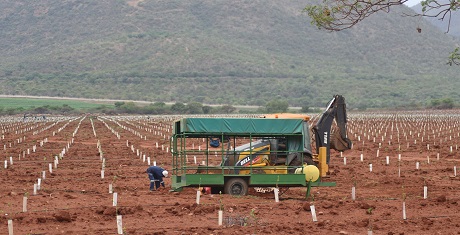 The South African citrus industry has grown so much during the past decade that even though navels have decreased as a percentage of the total citrus plantings, the amount of hectares under oranges has nonetheless increased.

Oranges make up a collective 54% of the citrus orchards in South Africa: Valencias represent 34% of total citrus plantings (with strong demand for Bennie and Turkey Valencia budwood and further sharp growth expected) followed by navels at 20%.

In its latest newsletter, the Citrus Growers’ Association Cultivar Company announces a very promising early Valencia variety, called TS Early, for which the plant breeder’s rights application is in process. This variety is some three weeks before the Turkey Valencia, has two to three seeds and like the Bennie Valencia, doesn't need crop manipulation such as gibberellic acid application to set crops. 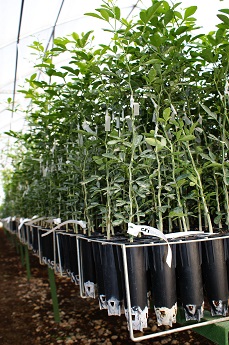 Soft citrus & lemons
Apart from oranges (a category in which South Africa is still globally dominant), the next largest group of citrus is soft citrus.

Currently 19% of South Africa’s citrus orchards are composed of soft citrus, while ten years ago it was below 9%; just over 5,000ha then versus approximately 16,200ha now.

The ascent of soft citrus, particularly late mandarins, has been well-recorded, not only in South Africa but in Peru and Chile as well, increasing competition in the sector as a whole.

To lemons (and limes) have been added over ten thousand hectares. Today it represents 18% of total orchards; a decade ago it was 7.6%. Only grapefruit acreage has decreased (by 1,400ha) and is today superseded by both soft citrus and lemons (15.6% of the total ten years ago, today 9%).

“There is concern with the peak in late mandarins, and a grower should be cautious about planting in this window. Likewise lemons, it is a season-long fruit and the Northern Hemisphere is heavily planted as well, so there are no windows,” says Jon Roberts, general manager of the CGA Cultivar Company, who notes that the jury is still out on seedless lemons in terms of premium.

Soft citrus experimental varieties from the University of Florida Citrus Research and Education Center are being released. The varieties are all in the earlier to mid-season window in an attempt to flatten the peak supply of the late mandarin window.