"The three largest pepper production areas in China enjoyed an abundant harvest this year. The supply volume is more than sufficient, which means that the price somewhat declined. However, the export conditions of dried pepper have not been affected by this development." This is according to manager Han Ke of Sinopaprika. 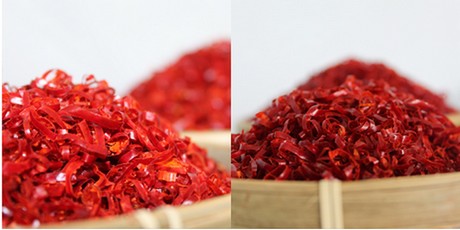 "Our plantation is located in Xinjiang, which is one of the three major pepper production areas in China. Pepper plantations in Xinjiang begin the season every year in March with the cultivation of seedlings, followed by the replanting of the seedlings in early May, with the harvest taking place in August, and immediately afterwards the peppers are dried in the sun. This means that the peppers are ready for processing and retail in September," explained manager Han.

"As for the retail conditions this year, the supply volume of new dried pepper from the three major production areas is relatively big this year, and this is in addition to the volume of pepper already in storage. The overall supply volume is more than sufficient. Buyers are asking after prices, but because supply greatly exceeds demand, the prices show various degrees of decline. As for export, China annually exports around 70 thousand tons of dried paprika and chili pepper. Our overseas markets include Spain, Mexico, the USA, and countries in Southeast Asia. In the last few years our export volume has been stable around 2-3 thousand tons per year. The price of paprika is relatively stable at the same level as last year around 1,850-1,900 USD per ton."

When asked about competition in the international pepper market, manager Han stated, "China specializes in peppers that have a high pigment content, but are not that spicy. Their color is outstanding. Our pepper is world-famous."

Manager Han also talked about competition in the Chinese pepper industry: "Following the rise of the Chinese pepper industry in the last few years many new companies are getting involved in pepper processing. However, they still have a lot to learn about proper control of product quality, localization in the international market, and the intensification of plantation management."