The Stone Fruit Committee of the Fruit Business Association of Catalonia, Afrucat, has agreed to launch an Emergency Plan for Spanish stone fruit consisting of a battery of short and long-term measures, which includes a request to the Ministry for the approval of an Uprooting Plan, which would affect 10,000 hectares spread across Spanish territory, in the regions of Catalonia, Aragon, Murcia and Extremadura.

The launch of this plan alone would lead to the withdrawal of about 300 million kilos of peaches and nectarines from the European market (25% of what Spain currently produces). In the words of the general director of the association, Manel Simon, this measure could be enough to reverse the current negative trend, which has caused the sector to accumulate losses since the end of summer 2014, when the Russian veto came into force. 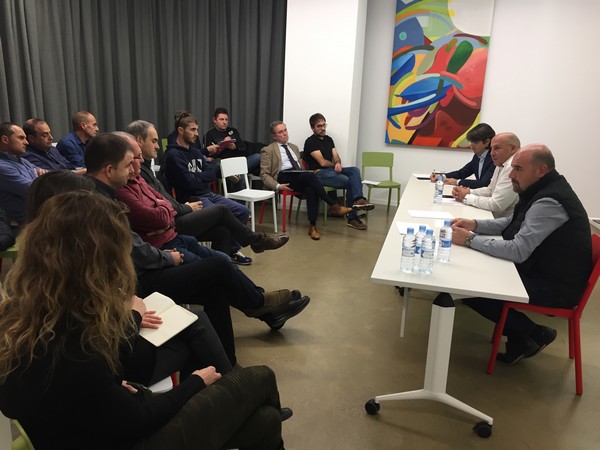 The association has estimated the losses that the Catalan stone fruit sector will suffer this campaign at 90 million Euro, and also said that 50 million Euro will need to be invested by the Spanish Ministry in order to back the Uprooting Plan.

Sisco Palau, president of the Stone fruit Committee at Afrucat, pointed to the need to apply measures "in a sector that has been heavily hit after three consecutive campaigns with losses, suffering increases in the production costs." Palau has insisted on the importance of the entire sector (organizations and unions) joining forces, inviting other state organizations to work together with them.

The rest of the measures proposed by the business association are:

Balance of the previous campaign
The stone fruit campaign of 2019 has been marked by Europe's peach and nectarine productions reaching their peak levels, with a 10% increase compared to the forecasts, and a volume that kept growing as the harvest developed.

The calibers have been fair and there has been some saturation in the markets caused by the high volume of stone fruit available in the traditional European markets. This has been one of the main consequences of the Russian veto being maintained.

To this situation we must add the higher production costs, which have been caused, for the most part, by the 15% rise in the wages; a consequence of the Government increasing the minimum interprofessional wage.