The shipping industry is drawing up plans for EU border checks in Britain for trade bound for Northern Ireland. The BBC has learned that freight could be diverted through ports with space for inspections such as Liverpool and Stranraer, despite the government denying checks will be necessary.

Customs staff at the relevant ports could include EU representatives, under the details of the new withdrawal deal.

The government said it has secured a "great new deal." There is also a proposal for smaller "pop up labs" at ports - mobile testing labs for health checks on food exports. There has been at least one meeting this month between officials and shippers to discuss suitable ports. One key issue is the diversion of freight to ports with enough capacity to process the freight traffic and carry out the necessary checks required by the Brexit deal. 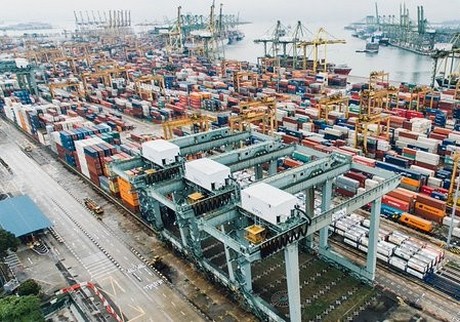 The Port of Liverpool has an existing Border Inspection Point for exports outside of the EU. Stranraer could be used to process checks for ships using the nearby Cairnryan port, which has limited space.

Industry figures clearly listed "facilities for high levels of checks and controls" as one of "a number of challenges" with delivering the PM's Brexit deal by December 2020.

Despite claims by Boris Johnson that there will not be any checks on trade from Great Britain to Northern Ireland, the industry is planning for them on the basis of the detail of the deal secured with the EU in October.