The Spanish garlic harvest came to a close in late August with a production totaling about 280,000 tons and the acreage reduced by around 20%. This trend was most noticeable in the region of Castile-La Mancha, which is also the country's main producing area.

"Many producers abandoned their crops after a disastrous 2018 campaign, which was marked by terrible prices and quality issues," says Luis Fernando Rubio, director of the National Association of Garlic Producers and Marketers. "This year, the dry weather during the harvest has had a positive impact on the quality of garlic compared to the previous season. Last year, the rains in May took a toll on the early garlic in Andalusia, as well as on Castile-La Mancha's purple garlic in June." 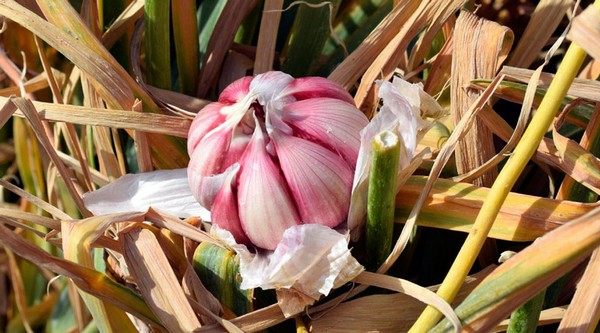 This, together with the high prices reached by Chinese garlic, has led to a better situation and more acceptable prices, although not consistent with the quality achieved this year.

"I do not understand why Spanish garlic continues to be sold in Europe at prices below those of Argentinian or Chinese garlic. It seems impossible for prices to rebound. There is apparently a combination of urgency on the part of some growers to sell their productions, given the bad experience of the previous season, and the great bargaining power of large distributors, which has caused the supply of Spanish garlic to be dispersed. This atomization of the supply, together with the arrival of new, inexperienced producers, has been making it difficult for market prices to increase," says Luis Fernando Rubio.

Earlier this year, and after several rounds of negotiations, the ANPCA managed to prevent an increase of Brazil's tariffs on Spanish garlic. "This has led to Brazil continuing to be Spain's main client outside Europe," says Luis Fernando. In fact, overall, Spanish garlic exports have increased by around 10%, gaining ground in faraway destinations, such as Canada and the United States and other third markets. The prospect is thus that the stocks of the 2019 harvest will run out before the start of the harvest in 2020.

"At ANPCA, we pay special attention to the quality of the garlic we market, as that is our "cover letter" and the only way to continue expanding with our exports and improving our prices. A bad operation can take its toll on us all. We are also involved in European promotion programs and in the defense of the European production," says the director of this association, formed by more than 1,800 producers of the 56 most important garlic marketing companies in Spain, which together account for 70% of the total production marketed in this country.

White and violet Spring garlic have already been sown in the regions of Andalusia and Castile-La Mancha, and purple garlic is now being sown in Castile-La Mancha; a process that will finish in mid-February. "The rental price levels of the land are very high and this is partly slowing the expansion of the acreage. For the time being, it looks like it will remain stable compared to this year," says Luis Fernando Rubio.