A feud between two major players in California’s $2.6-billion pistachio business has caught up with the county of Fresno, as it has now become the target of a lawsuit filed by one of the firms.

The Wonderful suit, filed this week in Superior Court in Fresno, alleges that the county has illegally issued construction permits to the Assemis. Permits should be revoked and construction should halt because the planned structures did not undergo required reviews to make sure they would comply with state environmental laws, the suit says.

Fresno County “has continued to process additional approvals for the facility in violation of CEQA,” or the California Environmental Quality Act, the suit alleges. The suit also says the Assemis built some structures without any permits.

Jennifer Reisz, general counsel for the Assemi company Maricopa Orchards, said in a statement that Wonderful’s suit “is meritless and we believe we have done all of the necessary environmental reviews.”

The Assemis’ project would be the “single largest pistachio processing facility in the world,” the suit says. According to the suit, it includes more than 300,000 square feet of buildings, 240 silos and more than 1 million gallons of water tanks.

Tensions between the Assemis and the Resnicks flared this year after the Assemis’ plan to build the facility became known.

Wonderful then allegedly backpedaled on a promise to pay the Assemis a 30% bonus for their 2019 crop, saying the bonus was contingent on the Assemis agreeing to provide their 2020 crop to Wonderful, the September suit says. 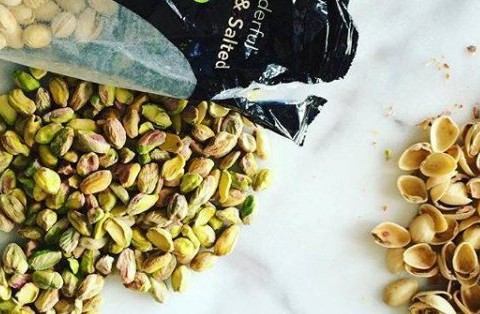 California is one of the world’s largest producers of pistachios, and the nuts are one of the state’s largest crops, accounting for $2.62 billion in cash receipts for farms in 2018, according to the state Department of Food and Agriculture.

Wonderful’s suit seeks to block Fresno County from issuing additional permits for the Assemi processing plant and to force the county to rescind some existing permits, “until such time that all required environmental review is completed in compliance with CEQA.”

Wonderful spokesman Mark Carmel said the following in a statement:
Everyone who cares about protecting our region’s environment should be concerned that Ventana (referring to Assemi) is now violating the California Environment Quality Act as well as County of Fresno planning laws. Ventana has already started construction on a major new commercial pistachio processing plant even though no environmental review has been conducted and no planning approvals issued. We are asking the County of Fresno to order Ventana to halt its construction activities of the commercial processing plant immediately. We ask the County to ensure that Ventana follows all laws and that the County adhere to the California Environmental Quality Act by completing the required environmental review of the project.