Australia's long-running drought is continuing to take its toll on Queensland growers, with the 2019–20 total value for primary industry commodities forecast to be $17.8 billion, slightly down on this year's expectations.

Minister for Agricultural Industry Development and Fisheries Mark Furner says his government is trying to support the agriculture sector through this tough time, and investing for the future prosperity of the industry.

“While Queensland primary producers are among the best in the world at handling climatic variability, this drought is having a significant impact,” Mr Furner said. "So far during this drought, if all direct and indirect drought-related programs are combined, expenditure and commitments reached over $745million by the end of June 2019. Our assistance package has provided over $196m through various measures to producers to the end of June, with provision for a further $74.6m committed in this year’s State Budget.” 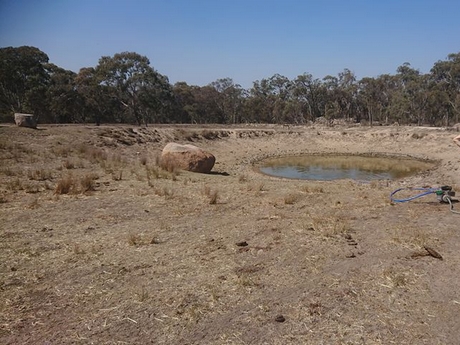 Peak Australian horticulture body Growcom has warned the effects of the current nation-wide drought will ripple and reverberate through entire communities for a very long time.

Manager, Policy and Advocacy, Richard Shannon says while the impacts on agriculture are generally well understood, it is important to highlight the ways in which this drought is hurting horticulture and the regional towns that depend on our industry.

"The depth of this drought has left many growers exposed, especially those that rely on on-farm dams which have run entirely dry," he said. "The Granite Belt has been really hard hit. There for the first-time vegetable growers have not planted a summer crop, and tens of thousands of fruit trees are being ripped up from local orchards."

He added that growers on the Granite Belt in July estimated they’d be spending $100 million less than normal on wages and with business in town.

"Farmers are resilient by nature but are being stretched well beyond their previously known limits as this drought drags on," Mr Shannon said. "We’re getting into some truly uncharted territory. With no relief in the form of rain on the horizon we implore the Queensland Government to start considering other forms of temporary support."

He says a suite of new responses from Government is likely to be required, including relief from fixed costs like council rates and water charges for primary producers, and reductions in payroll tax.

A "Granite Belt Water Relief" Facebook page has been set up with information on how to help farmers and residents deal with the severe water shortage in the region.