Turkish pomegranate sizes are larger this year than usual. With a couple of months more to go in the season, one exporter is expecting to double its sales this year. This is due to an increased demand for pomegranates from Turkey.

The heavy monsoon season in India has turned out positive for Turkish pomegranate exporter Alanar. According to Yigit Gokyigit, sales and marketing coordinator for Alanar, the demand from India has increased as a result: “India is the main pomegranate supplier for Asian countries. However, this year we’ve seen an increase in demand from that region. I guess we can say that the Indian monsoons have had a positive effect on our season. Overall it’s been a really good season for us this year, as we had multiple opportunities to expand new markets this season, besides Asian countries we’ve also seen a significant increase in demand from Canada. And the sizes are quite a bit larger this year.” 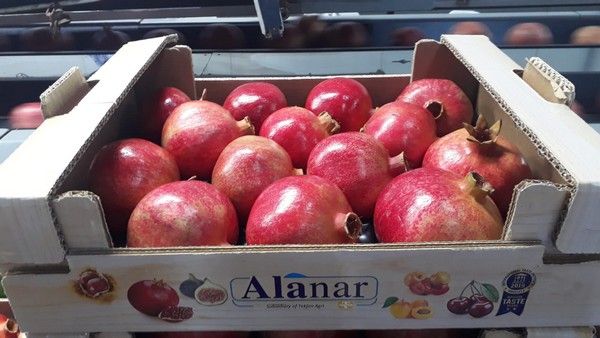 Demand has been so high, that Alanar has been able to double their sales this year. “The pomegranate is growing in popularity in Europe. I think they were already quite popular in some European countries, but it took a while to introduce the fruit to new markets,” Gokyigit explains “In other parts of the world, however, demand has increased even more drastically. We export about 90 per cent of our pomegranates. Demand from the local market was also quite high. Therefore, we’ve also created programs for the supermarket chains in Turkey.”

Alanar has put a lot of work in reaching new markets over the past few years, especially overseas markets. “This year we’ve started to see the result of the seeds we’ve planted by working hard for years. Our pomegranate export to Asia and Canada developed hugely this year compared to past seasons. Alanar’s pomegranates are on the shelves of leading supermarkets in both Canada and Asia, thanks to programs we made at the start of the season.” Gokyigit concludes.