Aitor Sanzol, of Ayecue: "The consumer is willing to pay more for more sustainable products"

"The consumption of fresh cultivated mushrooms is growing quickly in Spain"

Spanish consumers are discovering the culinary possibilities of fresh cultivated mushrooms, as well as their nutritional properties, as shown by the growth in the demand for these products recorded in recent years. Although mushrooms are a perishable product with fairly stable sales, they usually become more popular now, a few weeks before Christmas and New Year. 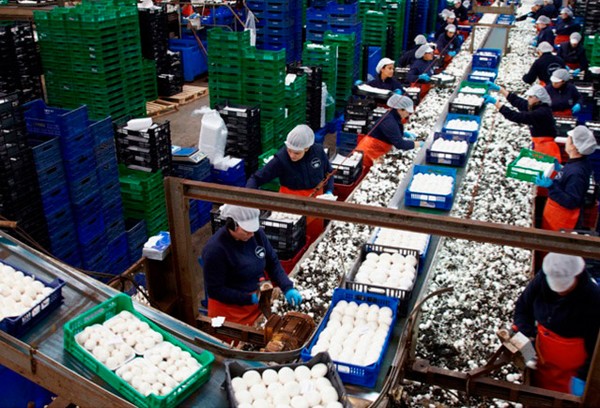 “Mushrooms are increasingly present in more dishes, and at times of the year when they have usually not been as common. Both cultivated and wild mushrooms are becoming more popular in the Horeca channel, as well as in supermarkets and wholesale markets,” says Aitor Sanzol, commercial director of Ayecue, of the Riberebro Group.

In fact, the Rioja-based company has seen its turnover increase by 8 million Euro since the 2015/2016 season. “It's not just that we are doing things right, but that we are undoubtedly in a sector with a growing trend. In some of our neighboring countries, mushroom consumption is still much higher than in Spain, so we have potential for growth. There should be more institutional support for these healthy and unique products in the fresh fruit and vegetable sector. It would be very interesting for Europe to launch new campaigns to promote the consumption of mushrooms grown in Spain, such as the one recently carried out in Ireland because of Brexit.”

According to Aitor Sanzol, mushrooms are increasingly introduced as a complement to ready-made salads and other fresh cut products and ready-to-eat dishes, which is also boosting their consumption. "The new generations have changed their habits and increasingly demand more palatable, healthier and more convenient products."

Ayecue grows and markets all kinds of mushrooms, both conventional and organic. Around 90% of its production goes to the Spanish market and some exports are made to countries such as France, Morocco, Portugal, the Netherlands and Belgium.

Cardboard trays for mushrooms to reduce plastic use
The company is aware of the growing concerns of consumers regarding the excessive use of plastic and, after several years of studies and tests, it has largely succeeded in replacing the plastic of their packaging with cardboard.

“There is a growing and very justified awareness on the part of the consumers about the sustainability and future of the planet in the medium and long term. We do not believe it is a minor problem and that is why we have long been looking for alternatives to reduce the use of plastic in our containers as much as possible. Although it may seem easy, it has taken us a long time to come up with the formula to pack cultivated mushrooms in cardboard, but we have managed to replicate the conditions of humidity, breathability and resistance to achieve the same shelf life as with plastic. Now we have a 100% biodegradable, recyclable and renewable material, since 100% of the trees used to manufacture these certified cardboard containers are replanted,” says Sanzol.

For now, these cardboard trays will have to coexist with the plastic used to cover them (flow pack or film). “We know that plastic cannot disappear overnight; we must be realistic, but small steps should be made towards a greater protection of our environment, working also on greater and better plastic recycling. This is not an exercise in innovation, but in responsibility that we all must face. We hope to count on the collaboration of large distributors, since the final consumer is undoubtedly willing to accept a higher cost for more environmentally-sustainable and socially responsible products.”