Citrus fruits are now available in abundance in Swiss wholesalers and retailers, at the beginning of this December. Parallel to the usual clementines and oranges, the specialist wholesalers also offer their customers a rich selection of so-called 'mountain goods' - fruit grown at greater heights. David Rychard, who is the fourth generation manager to run the traditional company of the same name, knows that these fruits are offered from both Spain and Italy. 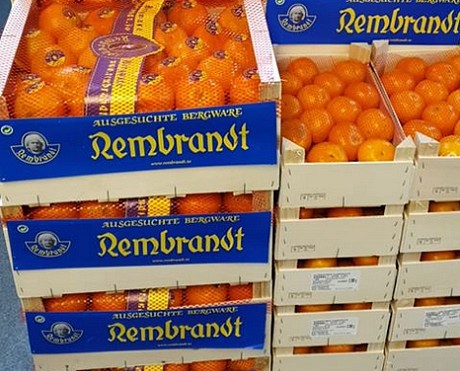 The first mountain clementines appeared a few weeks ago in Swiss specialist shops. In the meantime the demand has picked up again, Rychard says. "We offer our customers mountain clementines from Italy and Spain. The Italian leaf clementines are usually somewhat more expensive and are over 20 CHF/box, the Spanish Rembrandt goods fluctuate around 15 CHF/box. I am assuming that these conditions will remain more or less the same until Christmas."

The Früchte Rychard AG team operates a retail shop in Gretzenbach (Central Switzerland) and a catering service. The company is now in its fourth generation. / Picture: Rychard AG

Blood oranges: Volumes increase successively
Parallel to the clementines business, blonde oranges are also marketed as mountain produce. Both leading growing countries - Spain and Italy - are also represented in this segment. Blood oranges from southern Italy complete the seasonal citrus range, comments Rychard. "On Tuesday we received the first Moro oranges. Tarocco is also available, but not in the right colour yet. This is due to the temperature difference between day and night. Blood oranges are definitely a typical Christmas item," he says.