University of Cordoba – partnered with USDA

The world market for strawberries, rich in antioxidants and vitamin C, exceeded 9 mln tons in 2016. According to the latest report by the UN's Food and Agriculture Organization (FAO), Spain is the top producer of this food within the European Union, while China and the US are the largest producers worldwide.

A University of Cordoba research group, in partnership with the USDA, identified a new gene involved in the fruiting duration of this fruit. As explained by the researcher leading the project at UCO, Patricia Castro, there are some strawberry genotypes that produce fruit just once a year, whereas others bear fruit several times over a longer period of time, hence their strawberry production cycle is longer. Understanding how this trait is regulated and inherited is key to increasing efficiency in improvement programs.

This research, published in BMC Plant Biology, specifically studied the genetic mechanisms in charge of making some strawberry varieties produce fruit over a longer period of time. In order to do so, they crossed different strawberry genotypes and analyzed how to segregate this trait in their offspring. In addition, they characterized all the genotypes with molecular markers associated with this trait.

Up to now, as pointed out by researcher Patricia Castro, it was thought that there was only one gene in charge of a longer strawberry fruiting period. Now, and in view of the results, the study concluded that, besides that gene, there is at least one other gene involved in the process. 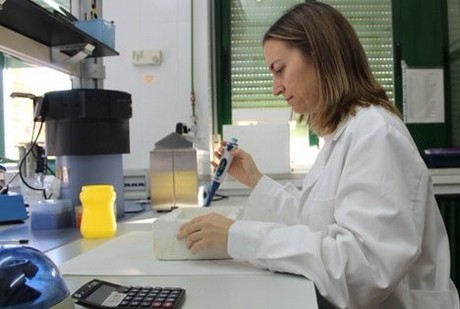 Though this DNA sequence has not been isolated yet (to do so performing a later study would be necessary), the research was able to determine which gene acts as the suppressor, as in which gene suppresses the ability for the plant to fruit for a longer time. "We observed that some of the families we analyzed have a molecular profile corresponding to genotypes of longer fruiting periods, but only bear fruit once due to the involvement of this gene," points out Castro.

A new opportunity for genetic improvement
Having demonstrated that there is more than one gene involved in the fruiting process of strawberry plants means "that the way we approach genetic improvement will change," says Patricia Castro. For now, the finding gives greater insight into the fruiting mechanism of one of the world's most popular berries but there is still a long way to go. New molecular markers must be developed that allow for the identification of desired traits in plant material and thus strawberry varieties can be developed more efficiently.

According to phys.org, the aim is to lengthen the production period and markets of this popular fruit that used to be a sign of spring starting but is now more and more commonly eaten all year round.