Australians smashing more avo than ever with domestic consumption increasing

The Australian avocado industry has received some positive news, with domestic consumers lifting their avocado consumption to 3.8 kilograms per person, per year. 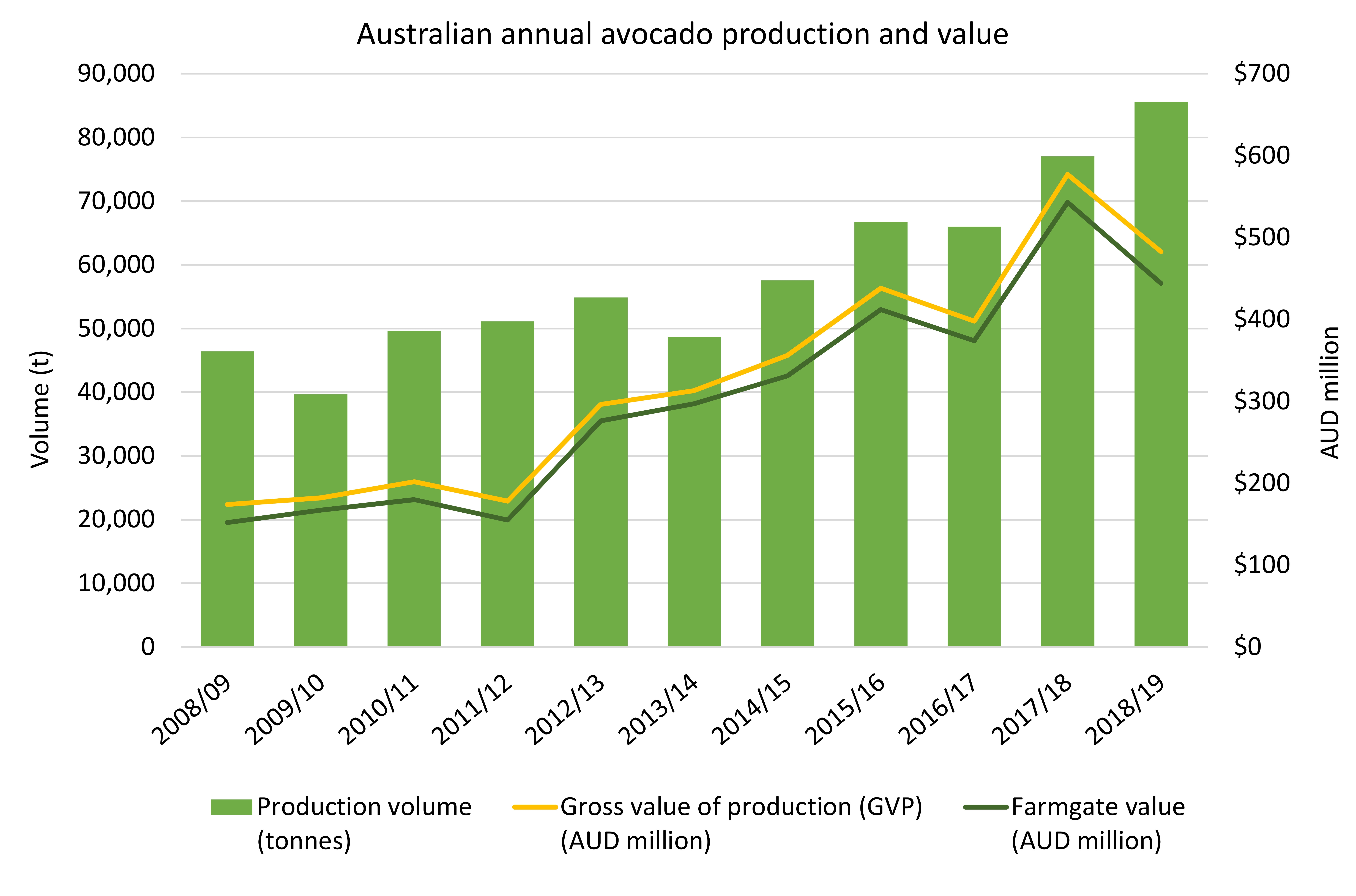 Australians were eating 3.5kg/person in 2017/18, but as production levels increase, there will also be more avocados on offer for export markets.

“In both production and exports, Australia is currently a small player in the world avocado market,” Mr Tyas said. “Our recently released 2018/19 Facts at a Glance shows that we exported just 3,195t, or 3.7 per cent of our domestic production, mostly to Singapore, Malaysia and Hong Kong.”

“Solid supply is expected to continue right through summer which is great as we lead into the Festive Season when lots of salads will be served up,” he said. “Obviously, we’re hoping Australians keep enjoying their avocado from breakfast to dinner.” 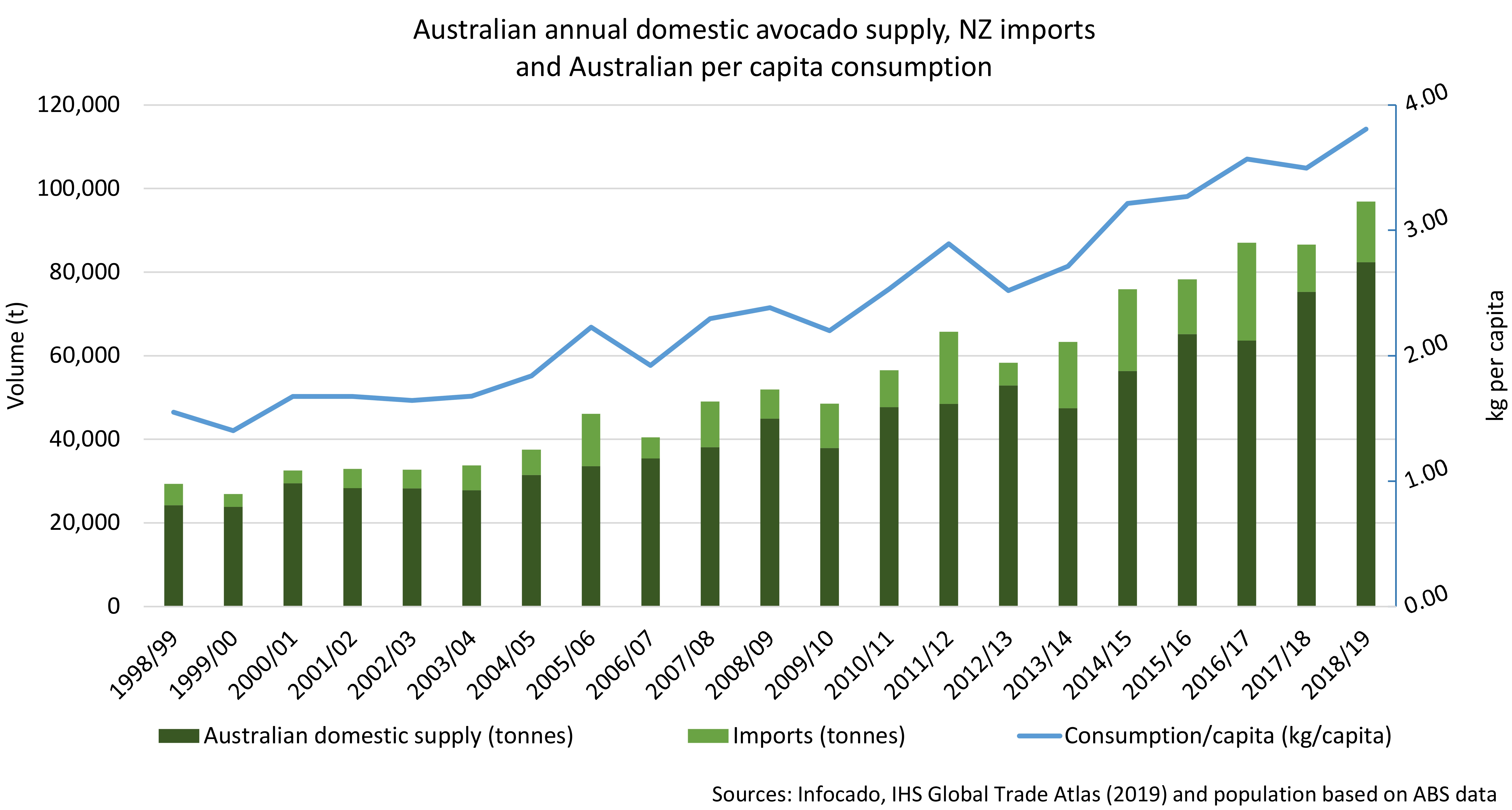 In Australia, avocados are produced all year round due to the range of climates and conditions in eight major avocado growing regions. Hass is the predominant variety at 81 per cent of the national production, and next is a greenskin variety called Shepard, at 16 per cent.

The full Avocados Australia 2018/19 Facts at a Glance is available online at avocado.org.au/newspublications/statistics/