Many measures to tackle the brown marmorated stink bug problem

The ways to tackle the brown marmorated stink bug (Halyomorpha halys) were discussed during a meeting organized by L'Agrotecnica in Longiano (Forlì-Cesena) on December 2nd 2019. The solution seems to be a combination of single actions coupled with ongoing monitoring and preventive measures. 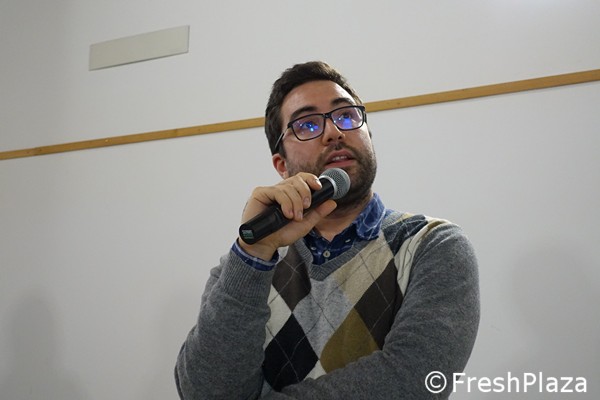 "Monitoring is often neglected, but it is essential for an effective defense strategy. This stink bug affects all crops and all of its development stages are harmful," stressed Michele Preti, technician from Centro di Saggio ASTRA (Agency for the technological experimentation and food and environmental research). 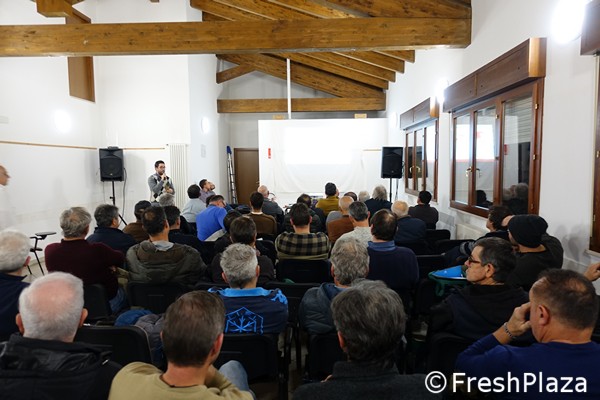 Italy focused a lot on chemicals, but only few active principles are allowed and some others will probably be banned. But, most of all, what is difficult is understanding when to perform the treatment so as to make it truly effective. Stink bugs are smart and can adapt swiftly to changes. They prefer living in the top parts of trees and, if the temperature is low or if it is humid, they hide away in spring and summer as well. 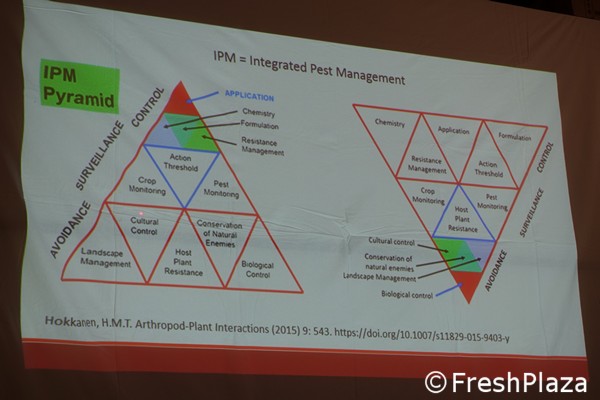 "There exist complex studies - especially in the US but now in Italy as well - on the use of traps and pheromones, not the sexual type but the aggregating one, so stink bugs within 50-60 meters are attracted to the trap. In Georgia, in the former USSR, they are also raising the awareness of the population because the problem does not only affect producers, but the entire community and territory. They also employ the attract&kill technique, which is useful to reduce the population when used on a large scale. There are even light traps to capture insects at night time." 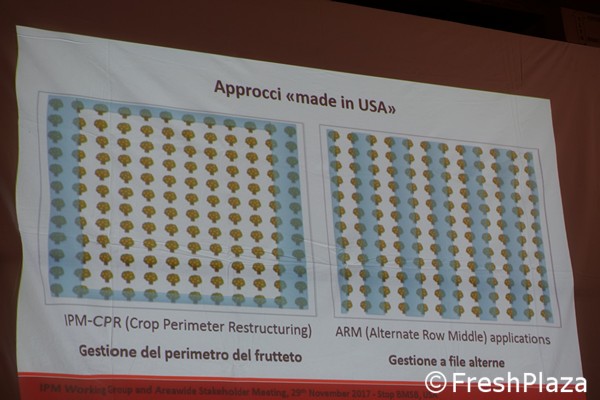 "There is a lot of talk about Trissolcus  and its T. japonicus and T. mitsukurii species. Anastatus bifasciatus also has potential and it is even found locally. The data available so far showed that the different species of parassitoids can be complementary and I do not think we should demonize one or the other. All weapons available must be combined." 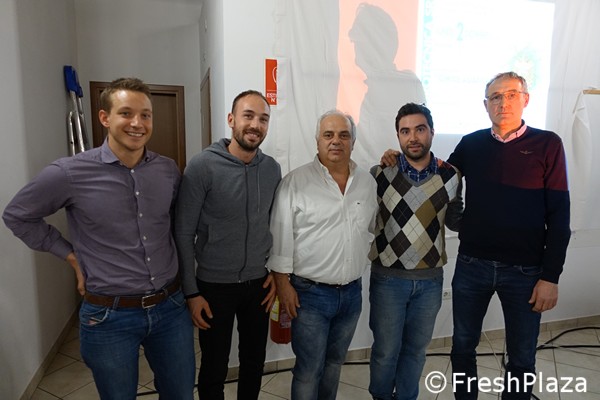 There is also passive defense with the use of nets. They have led to great results even though, once more, they are not enough on their own. They must be integrated with other systems (chemicals and traps) and producers must make sure not to leave any openings.

Gianni Gasperoni and Fabio Natali, owners of L'Agrotecnica, thanked the many producers who attended and stressed how the fight against the brown marmorated stink bug must involve the entire territory and not just single producers.

"Regione Emilia-Romagna will shortly publish a RDP to finance the installation of net systems (80%). Considering the criteria, we are worried because these funds risk being entirely absorbed by only a few large companies."

Luca Mirossevich and Filippo Milella from Adama intervened to describe the etiology of brown spot and the weapons available to counter it. In this case too, an integrated approach is the best one, without neglecting the agronomic aspects useful to obtain a condition favorable for the use of fungicides.