The Russian market may well be closed to European fresh produce, but there are still ample opportunities to trade non-European fruits and vegetables there. There is an enormous demand for, for example, stone and soft fruits and exotics, says John Rombouts. John knows, from his own experience, that it is a huge challenge to set up an attractive fruit and vegetable department with a diverse range of products. 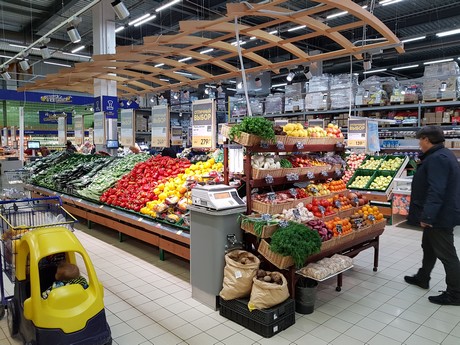 “Fifteen years ago, I was involved in setting up a chain of new Russian supermarkets. The Russian businessman behind this formula wanted to professionalize the retail market as per Dutch standards,” says John. John helped establish these chain stores and worked as a General Manager at the ‘Lenta’ and ‘Oivier’ supermarket chain stores for more than 12 years. These formulas focus mainly on the higher-end food segment. Nowadays, John commutes between Russia and the Netherlands. Among other things, he guides international (fruit and vegetable) companies who want to get their goods on Russian store shelves.

The retail market in that country has undergone a significant transformation. During the Soviet era, people were used to empty shelves and long queues. At that time, the market was hugely fragmented, with very few professional chain stores. Whereas 15 years ago, 60 to 80% of goods were being sold on the open market, 60% of consumers currently shop ‘covered’ in the many professional retail chain stores - certainly during the long Russian winters. 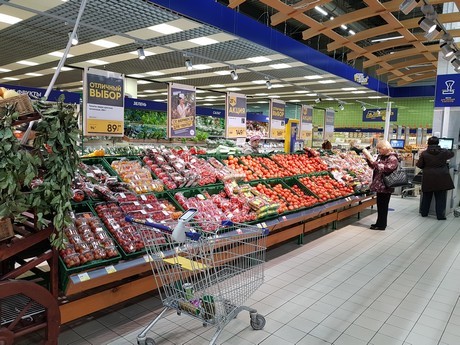 “In summer, the open markets remain important trading spots for fresh produce. They offer mainly local products. In the winter, people go to retail stores for their fresh produce. Trade on the open market is not possible due to the freezing temperatures. There is enormous potential to score within the retail sector in Russia since there is a massive demand, especially among the richer Russians. This market is far from being as saturated as the rest of Europe.”

Non-European fruit and vegetables, such as stone fruit, avocados, blueberries, and all sorts of exotics, are extremely popular with Russian retailers. The supply chain for these kinds of products is already a major challenge for the European market; the Russian product requirements make it that much more complicated. Rombouts says, “There are certainly chances for Dutch trading companies that combine importing, trading, and logistics.” 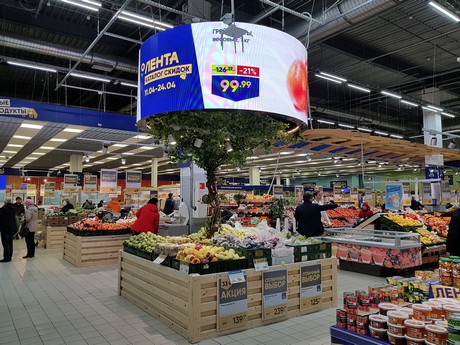 “Russian retailers will also give preference to a business that has a broad assortment of fruit and vegetables. It is more convenient for them to get 20 to 30 products via one contact than to work with different suppliers in multiple locations.” Due to the boycott, the products’ country of origin is extra important, and this demands knowledge of the certification process. “You must indicate where a product comes from so the Russian authorities can be sure it does not concern a European delivery that has been disguised,” John continues.

Before the European ban, many high-volume products like tomatoes, cucumbers, apples, and pears were imported from that part of the world. “As the borders were opened wider and wider after the end of the Soviet era, fruit and vegetable imports started. Overseas products were of better quality and less expensive than their local Russian counterparts. As a result, Russia’s own production dropped by 80%.”

“But, due to the import embargo, Russia is, once again, desperately trying to get its own production on track again. Massive investments in things like glasshouse cultivation and infrastructure have, therefore, been made over the past five years. In spite of this, Russia’s climate ensures the country remains reliant on imports. The Russian summer - the growth season 0 is relatively short and hot, with average highs of between 25 and 30℃. There is virtually no spring or autumn in Russia. Winter often starts in September already with temperatures as low as -25℃. Russians are only rid of the snow in April or May, ” explains Rombouts.

“Surrounding countries like Uzbekistan and Kazachstan have, therefore, become important suppliers. Ties were also forged with Turkey, but due to political reasons, they are under pressure again. The volatile political situation makes international companies reluctant to do business with Russia. The language and cultural barriers also make it a challenge to trade with Russia.”

John reiterates that, despite these obstacles, it is still attractive to do business with Russia. “Russia is a massive country. It takes 11 hours to fly from the west to the east of the country. It is, however, easy to reach most Russian consumers. There are five regions where 60 to 70% of the population lives. For instance, more than 30 million people live in the Moscow area; an area which is smaller than the Netherlands.”

“Russia is a fantastic country in which to work. Making social contact is, however, a challenge. Besides the language barrier, Russian culture is very closed off. People isolate themselves; you can see that in the streets. There are, for example, lots of gates and fences. On the other hand, Russia has a rich history and culture you can enjoy.” 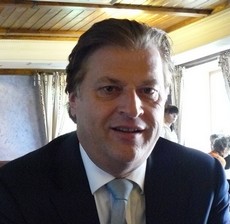 WIth his knowledge of the Russian (retail) market and consumers, John - from his Russian company, “Joined Resources Russia” - helps businesses and producers who want to do business in or with Russia. “It remains a gigantic market where, compared to Europe, it is much easier to draw people’s attention.”

“The time of the babushka - the matriarch, dominating the household - is rapidly vanishing. This granny used to decide which products would be purchased and was proud that her fingers were dirty after buying fruit and vegetables - otherwise, these products were not of good quality. The newer generations have been brought up with more choice. There has been a massive change in consumer behavior with convenience becoming increasingly important,” John concludes.