Global sweet potato consumption is growing at considerable rates every year: So far, exotic root vegetables have been imported mainly from the USA and southern Europe, but other reference countries, e.g. Latin America, are also rapidly gaining in importance. Andreas Schindler from Hamburg - the driving force behind established fruit brands such as Don Limon & Gilbert Grape - opted for sweet potatoes from Latin America around five years ago. Projects in India and Africa complement the portfolio. He sees good marketing opportunities for the tropical tuber from emerging countries, especially during the cold season.

The Hamburg-based company has been producing sweet potatoes in Central America for more than five years. Projects for sustainable development in cooperation with the German federal ministries contribute to positive economic development - especially in Honduras. 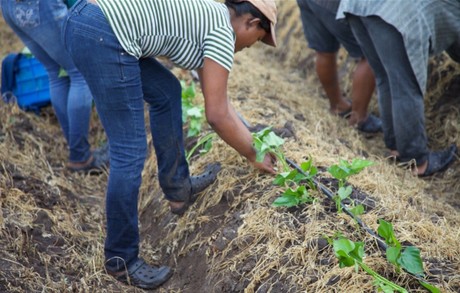 Creating work and income
Under the label Potato Joe the tubers end up in the global food retail trade. "We are producer and exporter here and we also take care of the quality control and the social impact on site. In our opinion, the production of sweet potatoes is a good opportunity to create work and income in the regions around the tropics (the so-called solar belt). The markets are mainly in the northern hemisphere. The subtropical cultivation can be controlled almost the whole year in such a way that no energy has to be used for storage and cooling. About 150 days after planting, the sweet potatoes reach the consumers, which is of course an advantage. In areas with a Mediterranean climate, the crops have to be stored in order to expand the delivery window," explains Schindler.

Sales of sweet potatoes have enormous potential, not only in Europe but all over the world. Especially the orange-fleshed tubers (Beauregard and Covington) are in great demand among consumers in North America and Europe. Nevertheless, Schindler knows that the product is also consumed in large quantities in domestic markets in Latin America and Africa. "Our basic idea is that you need the know-how of local marketing in order to be able to work in exports at all. In Nicaragua, they eat almost no sweet potato at all, so it is difficult to sell the goods that are not suitable for export locally on the local market." So far there have been cultivation projects in Honduras, Guatemala and Costa Rica. Due to the booming demand, other emerging markets - such as West Africa, India and Brazil - have also expressed interest in growing sweet potatoes.


Good marketing opportunities in Europe
After a good start to the season with European production in August, the markets were quite active into November. The import season from Egypt was also successful at the beginning, but since mid-October has manifested itself in oversupply and very low prices. We see good potential again in the new year to raise the markets to a price-acceptable level with high-quality goods.

"The quality of the merchandise is extremely good and the quantity available for marketing. The only thing that worries us is the booming demand. Last spring we already had to expect considerable price increases because of supply bottlenecks in the USA. This high price level continued into August: Of course, this is attracting new suppliers from countries not previously represented. We therefore fear long-term oversupply in the coming years." 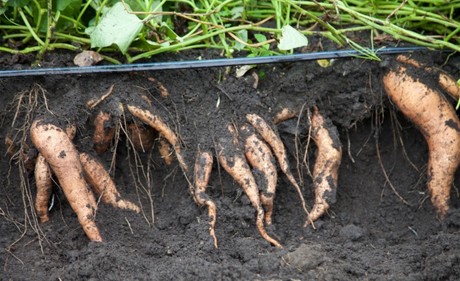 Sweet potatoes during the cultivation process

Nevertheless, the starting position for the tropical sweet potato is quite pleasing due to the current expectations. Because the Egyptian season is largely over, now goods from the USA are in demand. "We assume that tropical goods and sweet potatoes will be well received between December and February. The prices are acceptable at the moment and we also believe that this price situation will remain at the current level". On the marketing side, Great Britain and Southern Europe (Spain, Italy, France) are the most important growth markets in Europe, according to Schindler. 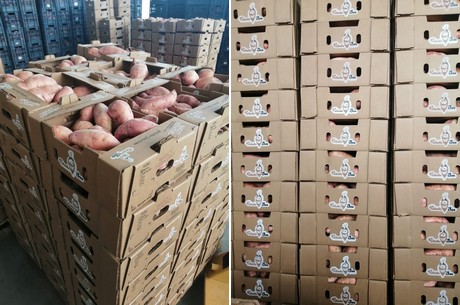 Potato Joe is a global B2B brand that stands for global supply chain management and social impact. The product packaging was redesigned this year: "We have significantly reduced ink consumption and changed the entire design slightly.

Next step: German sweet potatoes for the local market
In Germany, too, the sweet potato market is seeing a steady growth: parallel to booming consumption, the first larger producers specializing in sweet potato cultivation are gradually emerging. "We also want to produce sweet potatoes in Germany in the near future and have already started the first test runs in Northern Germany. The basic idea behind our Potato Joe label is also to produce and market sweet potatoes on a global scale. We therefore want to offer a holistic approach so that we can harvest all year round in many countries of origin," concludes the report. 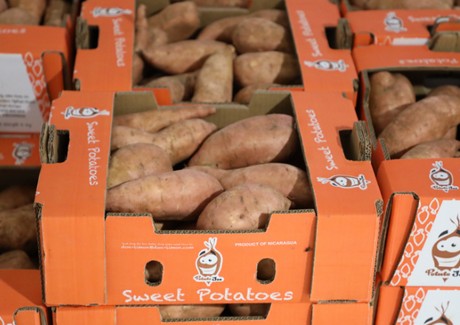 Evangeline is a variety that is rapidly establishing itself in Latin America. The product failure during preparation, transport and at the POS is ultimately significantly lower compared to conventional varieties. This variety is particularly popular on the major sales markets.