The January campaign of the Tango and Nadorcott will be normal

“This campaign, the price at origin of clementines and lemons has improved compared to the previous year; however, this higher price may not compensate for the reduction in the volume of clementines,” says Sergio Orobal, manager of Catman Fresh.

According to Sergio, the queen of the clementines, the Clemenules, has seen its production volume reduced by up to 50% and could be sold out before Christmas. “This drastic drop in the volume is a consequence of fruit from the previous season being left unharvested. Since there was too much production, it was left on the trees. That load generates stress on the plant. In some cases, there was actually still fruit hanging during the next flowering, preventing the normal growth of this season's fruit,” says Sergio Orobal. “The fruit should be removed from the tree to prepare it for the next production. The lack of income has prevented growers from doing so. There has also been a lower use of fertilizers. These shortcomings have led to the production of smaller volumes this campaign.” 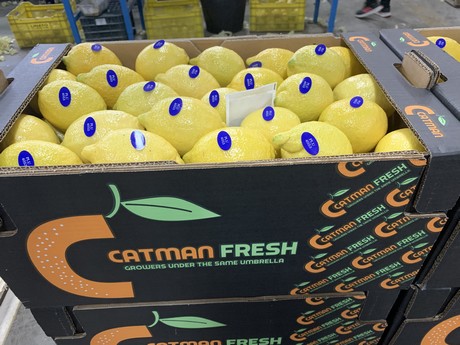 “I have never seen a campaign like this one in my 29 years in the sector. The prices are high and the weather has been favorable, with no rainfall at the time of the harvest. The Clemenules are usually available until mid-January. In this campaign, I doubt whether there will still be some by mid-December. This season, we will be moving on earlier to the Clemenvilla, whose harvest has been advanced by about three weeks to prevent Central Europe from being left without clementines,” says Sergio.

“It is desirable for the fruit to be harvested when it has the right color, juice content and Brix. Doing it earlier is not ideal; it can have an impact on consumption if the product does not please the end consumer. But for now, the harvesting times have been respected,” says Sergio.

The high price of the Clemenules will also affect the Clemenvilla. Our main competitor is Morocco and this year the volume is much lower than usual, so Spain is not importing.

“The countries usually competing against Spanish citrus are Morocco, Egypt and Turkey. In the case of Egyptian oranges, their price affects us the most. Although the quality is not the same or comparable, the price can be a decisive factor,” says Sergio Orobal. 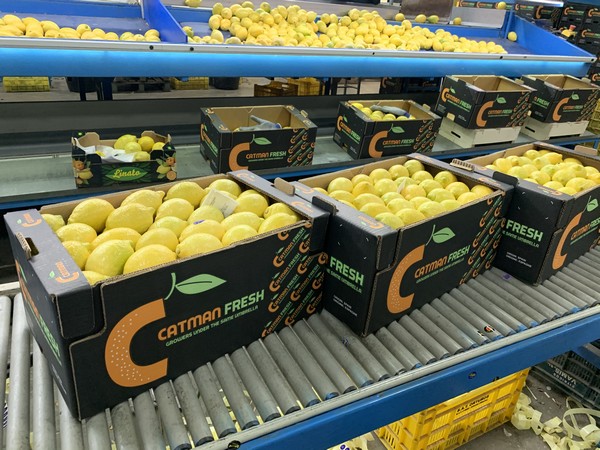 “Our advantage is that Spain can offer a quality finished product in a mesh, with labeling, original packaging, etc. The Netherlands and Germany appreciate that. Importing the fruit in bulk and packing it at destination is not easy,” says Sergio.

“The reduction in Turkey's lemon production this year will be good for us. There will be a lower supply of Turkish lemons and this will allow Spanish lemons to continue moving forward,” says the Catman Fresh manager. “The Russian veto is still affecting us, although alternative channels like Canada and the US are already established and stable markets. However, in the case of the US, tariffs have a real impact. Also, Turkey sells directly to Russia and has less interest in entering the European market,” says the director of the Alicante-based group.

“The second Tango and Nadorcott mandarin campaign will be a normal one and will start in January; however, Morocco has about 20-30% more production compared to the previous year. That is why we shouldn't be too happy about the current situation, because prices may later go down. All the kilos shipped ahead of time will lead to the campaign ending sooner. And the Nadorcott volumes are expected to be large,” says Sergio.

The Catman Fresh company, based in Alicante, was founded in 2004. The group handles about 100,000 tons of citrus fruits, out of which Catman Fresh markets about 40,000 tons together with its customers. It also sells kakis, table grapes, stone fruit, melons and watermelons.