The dry conditions along Australia's east coast has led to good eating quality pineapples, according to one Queensland grower.

Managing Director of Piñata Farms, Gavin Scurr says the fruit actually likes a drier environment, preferring the drought-like conditions to too much water during the growing process.

"The whole of Australia is pretty dry at the moment, and we are no different," Mr Scurr said. "But we are pretty well set up for water, especially in the north. We are very well setup in Mareeba, and Darwin, so we have been able to give them the water they need to produce. It has been relatively consistent harvesting as well, as we haven't really had any big peaks and troughs in supply, it has flowed pretty evenly."

Piñata finished harvesting in Wamuran, near the Sunshine Coast, less than a fortnight ago, so all of the company's pineapples are coming out of the north. Mr Scurr says it is looking like being an "average", or normal crop over summer.

"The fruit size is good, and the quality has been excellent, the drier conditions actually help fruit quality" he said. "Consumers can expect good eating fruit over summer. The bulk of the industry now has moved towards growing the hybrid (variety), which are the low acid, high sweet ones. Hence, they are more consistent, particularly throughout the fruit. The old smooth Cayenne certainly eats alright, but the bottom of the pineapple is better than the top, whereas the hybrid is more uniform throughout the fruit. The dry conditions also enhance the quality; it can be harder to grow when dry, but it makes better quality fruit."

He added that the industry has been a little bit lighter recently, which has strengthened the market, and the past six months for Piñata Farms has been very good.

However, not all pineapple growers have been quite so fortunate, with a bushfire in Central Queensland destroying pineapple crops for one grower.

"That was absolutely tragic, for the Brooks Family who got burnt out" Mr Scurr said. "You really feel for them to have their sheds and tractors and all that equipment burnt. It is something that I hope we, or any other grower, never has to go through. While it is devastating for them, and really feel for them, I don't think it will have a significant impact on the broader pineapple supply. They are one of 100 odd growers that are spread around." 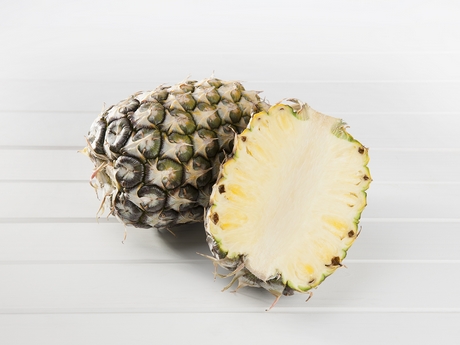 He added that this spread of growing regions, helps protect the industry from major events such as the bushfires, floods and cyclones, which northern Australia often experience.

"The pineapple industry has a good geographic spread; between the Sunshine Coast and Wide Bay area, up to Central Queensland, and North Queensland and we have an operation in the Northern Territory too," Mr Scurr said. "Roughly, 20 per cent is grown at each of the locations, so we have a good spread from an industry perspective. In the event of natural disasters, if one area is impacted, more than likely the others aren't."

Piñata Farms are also harvesting Honey Gold mangoes, and Mr Scurr says it started two weeks later than the last couple of seasons. While it is not the biggest crop, volumes are strong and quality is high.

"Similar to pineapples, because of the dry conditions, you don't have the fungal issues that you have when it is wet," he said. "Hence, shelf life is good, and flavour is good. So, at this stage, it is looking like a good mango season for consumers." 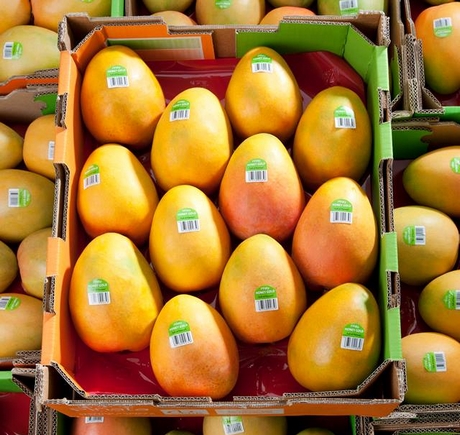 One crop that is not benefiting from the dry weather, is the company's raspberries. Mr Scurr says that while production is growing better than expected in the first year, it has not been without challenges. Harvesting is underway in Stanthorpe and Wamuran, but the Piñata Farms Managing Director admits that the timing will need to be adjusted in coming years, as the season should have finished in October, due to the heat.

"It's starting to get too hot here, it's too late for us here, especially on the Sunshine Coast," Mr Scurr said. "We'll work out the timing thing, as this is the first year we've grown raspberries at Wamuran. So, it's a learning curve for us. Stanthorpe is going well for us, but it is incredibly dry and we're desperately short of water. We didn't grow strawberries this year, to save water for raspberries. We haven't had any dam filling rain since early this year. All the recent rain was only light and just wet the ground."

He admits that if significant 'runoff' rain does not fall before Christmas, some blocks will have to be terminated until next season. Harvesting will take place in Tasmania from February until June, for the first time, before next summer's Queensland crop.