“At this time of year, Canadian crops are finishing off,” says Jeff Madu of Windset Farms in Delta, BC. “Most of the Mexican crops started a few weeks ago and they’ll go right until May. There are good supplies on Mexican crops right now so the market seems normal and supplies seem as usual.”

As far as imports, some have also arrived from Spain. And in a few weeks time, Canadian crops under greenhouse lights will also be available, although those crops are more limited. “Growing under lights at this time of year is expensive. But some people still like local cucumbers so there’s still some demand for that,” says Madu. 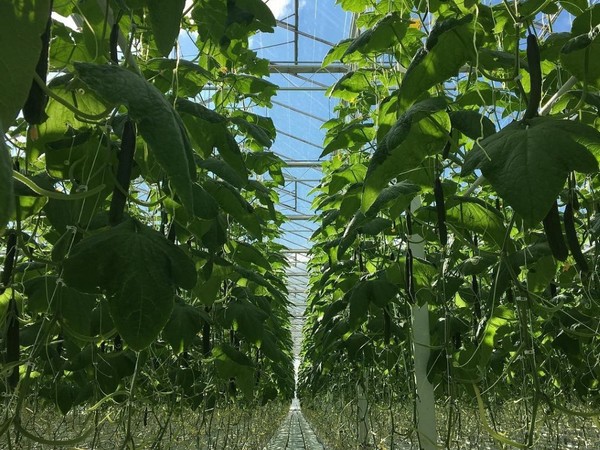 Demand slightly slower
Meanwhile demand for cucumbers is steady, albeit slower than in the summer. “The fall for all green vegetables is slightly slower—Thanksgiving isn’t a robust time for us because most people are eating root crops or something more along those lines,” says Madu. “It is steady though.”

That leaves pricing very similar to where it was last year. “It’s just a very normal year for greenhouse cucumbers,” adds Madu.

What is new is an uptick in the availability and demand for organic greenhouse cucumbers. “We’re selling more and more organic cucumbers,” says Madu. “The price point on organic cucumbers isn’t much greater than conventional and the retailers like that. But Mexico is planting organic cucumbers more so than in Canada.”

Looking ahead, Madu says the market will continue to be steady for the next three months. “They’ll do a replant at the tail end of December,” he says. “Then there’s always a slight gap until early January, although they are getting pretty good at staggering crops.”