It has been a difficult season for the Sardinian artichoke. Production was interrupted because of hot temperatures before, and incessant rain after.

"This has been a really challenging season for us," said Francesco Porcina, president of the Sulcis Agricola Cooperative of Masainas (South Sardinia). The continuous rain has caused damages to our artichokes, blocking their growth. Fungal repercussions are expected very shortly".

"The situation is quite dramatic: some fields are flooded by water - confirmed Paolo Mele of Op Sa Marigosa - A break has occurred in the last two days, but it is expected to rain again this weekend. We are worried. We were ready to harvest, but the bad weather has stalled everything. It hasn't stopped raining for 30 days and the plants are under stress. With such a climate, there is a risk of Bremia, downy mildew and oidium. We hope temperatures drop." 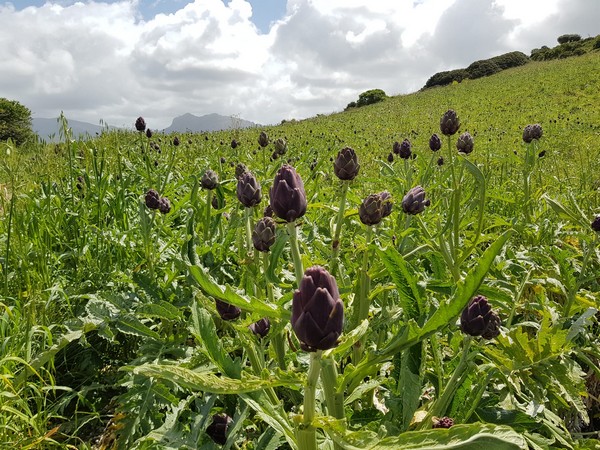 "The Spinoso from Sardinia PDO is very much behind schedule. The continuous rains have flooded the fields, many crops have been damaged, and the plants are not producing well - said Giovanni Pes of the Cooperativa Valle del Coghinas - Our valley is divided into two areas: the one more southwards near the river, where the soil is clayey and with a greater water stagnation, is heavily damaged; the other area two meters above sea level is not very much affected, but production is still slow.

"At the moment, only 1-2% of the Tema variety is being harvested. The peak of production of Spinoso, on the other hand, will take place in mid-January, about two months late, although the campaign is scheduled to start in mid-December. It will be a very short season for the artichoke, only two to three months, compared to the standard six months. A lower remuneration is expected for farmers", concluded Pes.