Atlantic Container Line (ACL), a Grimaldi Group Company, has agreed a new 15-year contract extension for container and roll-on/roll-off operations at the Port of Liverpool until 2035. ACL is already the largest ocean carrier operating at Liverpool’s Royal Seaforth Container Terminal (RSCT) and the port’s longest serving container carrier. This new agreement demonstrates ACL’s confidence in the growing volume of transatlantic trade between the UK and North America and ACL’s commitment to the Port of Liverpool and the strong relationship forged for more than 50 years. 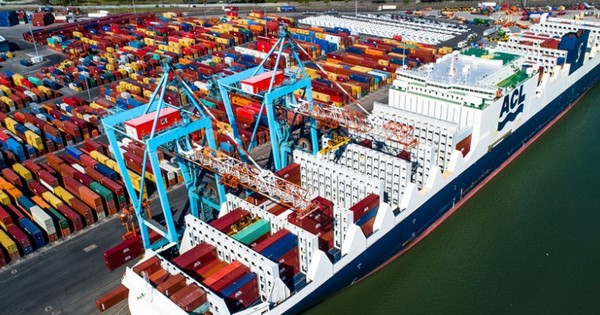 Peel Ports Group is making a significant investment at RSCT to accommodate ACL’s new fleet of G4 vessels, which are registered in the UK and fly the Red Ensign. The passage entrance into the Seaforth Basin has been widened by 28 meters to allow safe access for the large G4 vessels into the terminal. In addition, Peel Ports is investing in two Ship-to-Shore (STS) cranes with increased height and reach, adding capacity to the dedicated vehicle storage area to handle ACL’s growing cargo requirements. The overall project expected to be completed during 2021.

ACL ships over 125,000 units of containers, cars and RORO machinery per annum, and supports a substantial supply chain with a critical link between the UK's export and import trades. ACL ships call at Liverpool twice each week, its fastest import and export transatlantic service. Liverpool connects ACL’s customers in the British industrial heartland, Scotland and Ireland with North America. The unique long-term relationship between ACL’s Terminal Operations and the Peel Ports operations team provides customers with cutting-edge technologies and improved cargo efficiency for all containers, roll-on/roll-off and breakbulk cargo.

Gianluca Grimaldi, President of the Grimaldi Group commented: “It gives me great pleasure to make this extended Agreement with the Mersey Docks and Harbour Company. This agreement signifies the long-standing partnership with our daughter company, ACL. The Grimaldi Group applauds the major improvements to Royal Seaforth Terminal and recognizes it as a renewed commitment of our strong relationship with the Port of Liverpool, Mersey Maritime, and the customers and suppliers who have been supportive of ACL’s operation for so many years.”

In October, Peel Ports is celebrated a record-breaking month for its container operations at the Port of Liverpool. Quayside and landside throughput in October at its Liverpool container terminals exceeded all previous figures on record with year on year growth of 12%. The cargoes were connected with a total of 16 shipping lines.