Greenfood’s digital salad bar Picadeli is already available in over 2100 locations in Europe. Its success now continues, as Picadeli enters into an agreement with the French premium chain Monoprix. 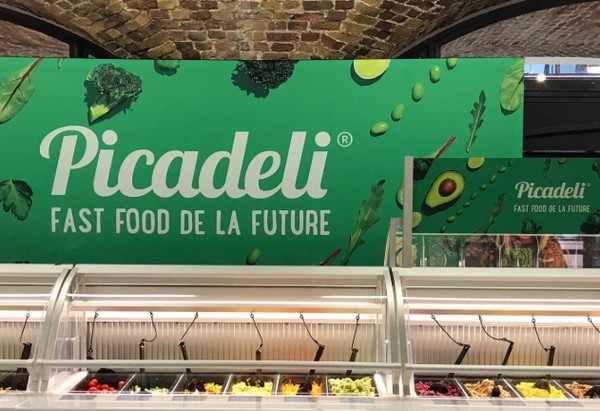 There is a big trend towards convenience in France: consumers demand delicious, fresh and healthy food-to-go. So grocery and convenience stores have made room for exciting new food concepts such as Picadeli. And now it is Monoprix's turn. The chain offers a wide range of convenience food such as salads, soups, sushi and ready-made sandwiches.

“Since our launch in France, our aim has been to establish our digital salad bar in Monoprix stores and become part of their offering. That is now becoming reality. Initially, our connected salad bar will go into 25 Monoprix stores in Paris, Lyon and Marseille,” says David Bicheron, CEO of Picadeli France.

Greenfood has achieved great success in Europe with its healthy convenience food offering. The group's food-tech venture Picadeli has established its salad bars in over 2100 locations in Europe, and sells more than of 1.2 salads per second round the clock. France currently has 400 of the salad bars, with Picadeli collaborating with some of the largest French chains, including Franprix, Carrefour, Lagardère and Euro Garages.

“We get a lot of attention from major players in Europe who have understood that our concept boosts footfall in their stores. It satisfies consumers' desire for delicious and healthy take-out food, while increasing the store's sales and profitability,” says David von Laskowski, President and CEO of Greenfood Group and Picadeli.