The Chinese introduced to the 'exotic' Conference pear and James Bint

There was a record number of agri-food companies in attendance at the recent Prince's Mission to China. This event was held from 17 to 22 November. These numbers were recorded by the Flanders’ Agricultural Marketing Board (VLAM). The mission's participants hailed from several fresh produce sectors: these included meat, dairy, fruit, vegetable, and frozen goods businesses.

Discussions were held between Belgian suppliers and Chinese importers. Besides these talks, VLAM organized other events during the mission too. There were specific seminars, press conferences, retail tours, and B2Bs. This was done to assist in the development of possible additional sales on the Chinese market. 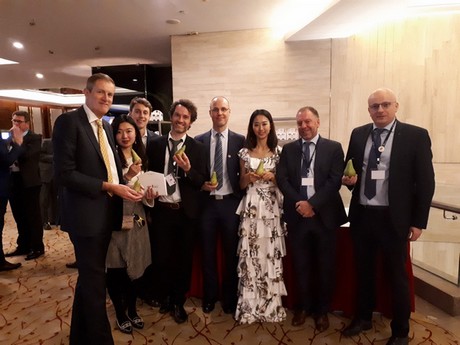 Fruit and vegetable sector
Belgian fruit and vegetable exports have been dependent on the Belgian classic - the Conference Pear - for years now. VLAM wants to promote other products too. For example, there are new ongoing negotiations regarding market access for classic Belgian products. These include leeks, bell peppers, chicory, and celeriac.

VLAM hopes to be able to supply the Chinese market with an extensive product range soon, as is already the case in Japan and South Korea. VLAM see Conference pear exports as a success story. This Board played a role in this. They do marketing campaigns and shop floor tastings for this product.

Chinese consumers are offered these Conference pears in their wholesale stores. People are meant to discover the taste of this 'exotic' product. Such tastings are currently taking place in supermarkets in Beijing and Shanghai.

Frozen french fries
According to VLAM, Belgian frozen french fries are already a staple on the Chinese market. The Belgian fries shop culture ambassador, James Bint, was also present at the Prince's Mission. The goal is that international consumers will see the Belgian french fry as the gold standard for quality.