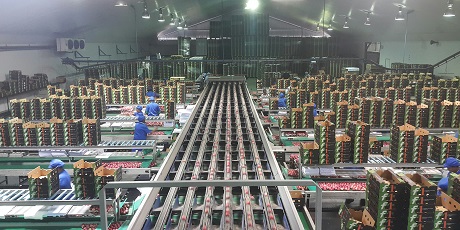 Fruit size on the earliest cultivars was smaller, peaking on generally a count lower, because a later flowering period and an early harvest left less time for development. The Suplum41 and Suplum25’s harvests are done, African Rose almost there. Export figures on early varieties are ahead of the past two years.

From here on Charl says the industry expects a return to normal sizes as they start on the December plums like Ruby Sun and Purple Majesty from the end of next week.

“In all, it’s going quite well in the Boland, there haven’t been significant climatic factors impacting on the harvest. In the Klein-Karoo, particularly in the Lower Berg River irrigation area like Robertson, and Montagu, it’s looking slightly better than last year. They have a little bit more water than last year. But towards Calitzdorp and Ladismith the situation is critical,” he says.

He notes that the drought conditions of the Klein-Karoo have in fact been responsible for higher sugar levels in the fruit (TSS), but volumes are slim. 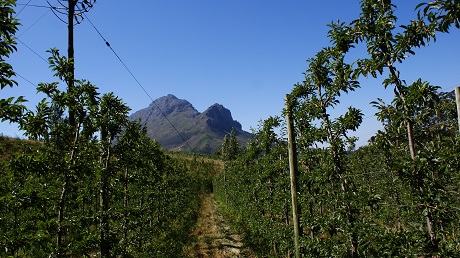 Fruit set problems on some cultivars
Some plum growers experienced low fruit set on their blocks which some ascribe to cross-pollination problems, but Charl considers it a function of climatic conditions during fruit set when adverse conditions lasting a mere few hours can derail the fertilisation process, resulting in poor fruit set after (as was the case this year) good flowering.

Spells of high temperatures and low humidity during the early and late flowering periods dried out the pollen tube and fertilisation success was much lower on a small number of cultivars, mostly Angeleno, Sapphire and African Rose. (There are plum growers who report entire blocks without a harvestable crop.)

Varieties that flowered during the mid-season period were not affected because large parts of the Boland enjoyed moist, misty conditions during their period of fruit set.

“When it gets above 28°C you expect poorer fruit set, and at times it was 36°C in the Klein-Karoo during flowering, so we expected this. But I tell growers: this is cyclical, climate is variable. Growers should hang on before making the decision to take out blocks of varieties that are usually dependable year after year, unless they were planted without the right pollinators on poor advice. That sometimes happens.”