Logistic problems after viaduct collapse on the Turin - Savona motorway

Fresh produce operators in the north-west of the country are worried after the collapse of the "Del Bosco" viaduct on highway A6 near Millesimo (SV). "The situation has been critical in the entire Piedmont area for days. Minor roads have also been closed and reopened due to floods causing inconveniences and delays," explains Stefania Ponso from Joinfruit. 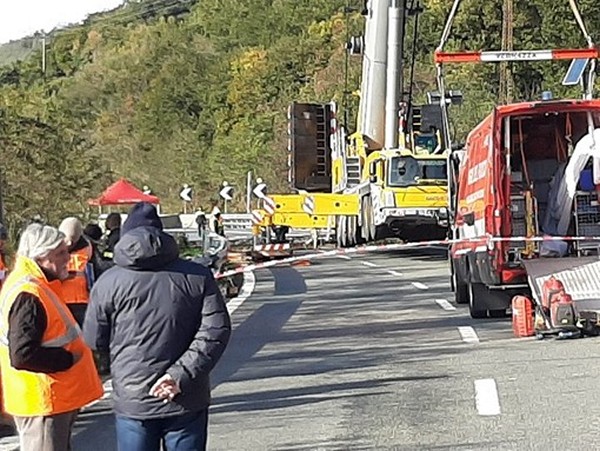 "We have heard of undelivered loads due to the floods, without mentioning the problems at the Genoa and Savona markets." The collapse was caused by a landslide that hit the supporting pillars.

But the closure of highway A6 near the junction connecting Turin to Savona with a total length of around 150 km worsens a situation that was already problematic. "The collapse of the Morandi bridge in Genoa had already brought an essential link to its knees. This additional disruption, which will take years to fix, will lead to considerable additional costs for logistic operators."

After talking to the president of the Regione Giovanni Toti and Autofiori CEO Bernardo Magrì (Gruppo Gavio), Minister Paola De Micheli hypothesized a period of 4 months to reopen the road.

"The A6 connecting Savona to Turin is an important artery that reduces traffic on the Genoa - Tortona - Torino highway. Its closure will cause problems especially for those trading in the area, leading to increased traffic and therefore possible delays," reports Agostino Vignola from Vignali Trasporti.

The road section is used also by Piedmont operators working in Lazio and Basilicata.

The Procura di Genova also closed a stretch of the A26 between the connection with highway A10 and the Masone junction so as to inspect the viaducts.

"The A26 is closed, the A6 is closed and there are limitations on the A7: it seems like we have gone back to the 1930s," commented Liguria governor Giovanni Toti.