The years-long implosion of the Sun Valley citrus farm in Weenen, KwaZulu-Natal, has come to a head with the decision of ACG Fruit, the operating company at Sun Valley, to withdraw due to the threat of violence caused by the long-standing murderous vendetta between two communities on whose land the citrus farm lies.

The farm produced navels and Valencias for export but its future looks uncertain. Since ACG Fruit left the farm, the obligatory spraying programmes to qualify for export to lucrative markets would presumably not have been done. ACG Fruit owns citrus and table grape farms in Limpopo, Western and Northern Cape.

The feud between the residents of Nhlawe and KwaMadondo in the very rural area around Weenen has claimed at least 40 lives; some reckon that the real death toll is much higher than that, especially when murders connected to the vendetta but perpetrated in Gauteng and Durban are taken into account. 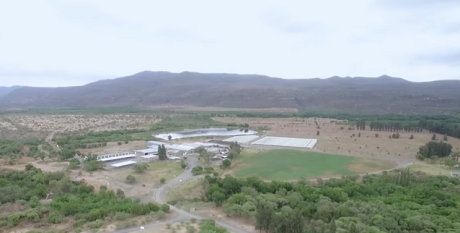 Sun Valley belong to the broader Silindokuhle Community Trust (the Zulu name means waiting for something good or beautiful) which represents a number of clans, amongst them the three communities sharing in the proceeds of the farming operations.

The proceeds from the farm were determined according to the number of hectares each community owns, but the boundaries of their portions are disputed by the communities. The farm and surrounding land covering a large area were returned to the communities through a land restitution process.

The Madondo clan three years ago appealed to the Land Claims Court to cancel the transfer agreement with the Silindokuhle Community Trust, claiming monies due to them were not forthcoming under the current agreement

Intensified violence around farm
Over the past 36 months the security situation worsened as attacks on women and children increased, and workers feared for their safety. Harvesting, packing and farming activities were hampered by suboptimal worker numbers, but until withdrawal, harvesting and packing had proceeded as well it could.

In July 2019 an article in a KwaZulu-Natal newspaper The Witness noted that Sun Valley workers feared that the farm could come under attack or that the investors would decide to pull out resulting in the loss of about 700 jobs.

The article quotes a resident who said: "It's always raining bullets", a reference not only to the wanton violence but also to the practice of opposing groups shooting into the air every nightfall.

The violence never did reach into the packhouse, but murders were perpetrated in the close vicinity of the farm. ACG Fruit, who declined to give any further comment on the matter, decided a few months ago to withdraw from the farm it had managed for a few years.

Expensive sorting and packing equipment in the packhouse had to be left behind. 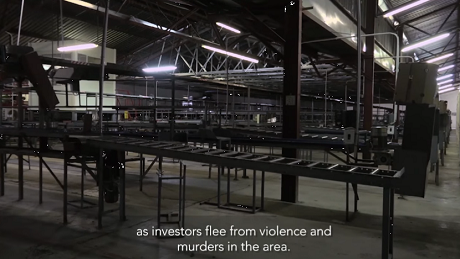 Heavily armed men hide in caves, police outgunned
A peace treaty – not the first one between the communities – has been in place through the intervention of provincial authorities since ACG Fruit’s withdrawal. Some feel that only the intervention of the Zulu King Goodwill Zwelethini would be able to bring the warring parties to the table.

Men from both families (commonly referred to as 'warriors') conduct their vendetta from caves in the surrounding mountains, where they stash their impressive arms cache, which include automatic rifles allegedly stolen from army bases, police stations and smuggled in from Mozambique.

Police conduct raids to confiscate weapons but, local residents claim, they are outgunned by the paramilitary elements. The Minister of Police in August told parliament that 9.5 million rounds of ammunition had been 'lost' by the police service over six years.

Reportage by Carte Blanche, renowned investigative television series, called ‘Citrus and bullets’ has brought the matter to renewed attention, but it has been ongoing for many years. In 2010 already there were reports that the Silindokuhle Community Trust's farms were in danger of collapse due to infighting.

KwaZulu-Natal has long been infamous for political violence and assassinations.