California struggles to supply U.S. grape market through to end of the year

Ira Greenstein of Direct Source Marketing says: “The industry has known for months that green seedless would come up short, and although storage lots of red seedless are down almost 35% compared to last year, supplies should last through December. Importers and retailers are already speculating about high spot market pricing in the month of January, but a 30% increase in overall volume is expected from Peru this season, which may have importers thinking twice. The industry has a tendency towards knee-jerk reactions, but high retail pricing will slow movement considerably as volumes arrive in January.” 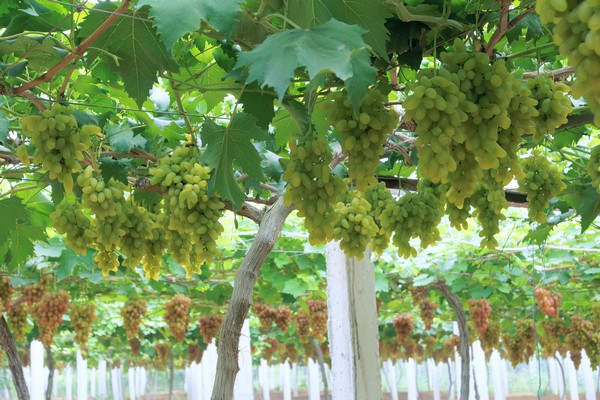 The red seedless grapes have around 6.8 million boxes left in storage. “Growers and shippers are confident that these supplies should support their program business through Christmas. We’ve begun to see pricing tick higher week by week, and expectations are to see that trend continue as volumes decline. The industry has worked through the bulk of smaller fruit, leaving only large and extra-large supplies available in the marketplace. Preliminary volumes of Peruvian Crimson Seedless have begun arriving to the east coast. There are some major retailers who will attempt to make the transition to imported supplies starting in December, but expectations are to see a demand exceeds supply situation until better volumes begin to arrive in January,” observes Greenstein.

Low volumes and quality for green seedless
The green seedless grapes are at much lower volumes than they were at the same time last year. USDA reports show that there are currently 3.5 million boxes left in cold storages, while last year the number was around 6 million boxes. Growers and shippers are attempting to stretch their volumes to make it through the rest of the year.

“The overall quality and condition of the green seedless grapes continues to decline week by week and there are very few premium lots to choose from. There have been some volumes arriving from Peru and Brazil, but not enough to fill the void. We expect to see prices tick high as good quality fruit becomes less available over the next few weeks, until high imported volumes will become available in January and February,” Greenstein concludes.