Many airfreight service providers for the South African fresh produce industry make very limited use of state-owned South African Airways, preferring direct flights with European, Middle Eastern and other carriers, but for some stonefruit exports from the Cape the current strike is proving an inconvenience.

Usually, because of limited capacity at the Cape Town airport, some stonefruit from the Western Cape destined for the UK is flown to Johannesburg on a wide-body aircraft before leaving for the UK on Virgin Atlantic (which doesn't fly to Cape Town). 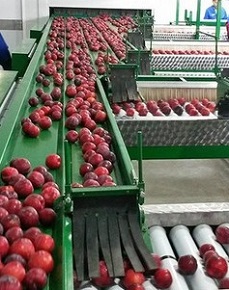 At the moment, that connecting flight is not running (although SAA considers its re-instatement a priority) and it has forced a number of stonefruit exporters to make other plans, such as the more expensive option of trucking stonefruit up to Johannesburg (a journey of around 1,300km) or sending out on other European carriers and then trucking fruit to the UK.

"We're struggling a bit to get stonefruit out because we handle a lot of freight to the UK," an exporter says. "But we're finding ways around it  - that's what we do."

Stonefruit flown out directly from Cape Town to overseas markets is not affected by the strike.

One berry exporter from the Western Cape confirms to FreshPlaza that their Cape crop is flown out directly from Cape Town, so that they are unaffected by the strike.

"We haven't been loading for a good couple of years with SAA," one airfreight provider says. "The other carriers have positioned themselves in such a way that the potential loss of freight space through the SAA strike has no impact on us."

Within Africa SAA is a major airline, but there is limited fresh produce sent by air within Africa, with the exception of cargo planes to Kenya and Nigeria.

The strike continues as talks between unions and government broke down last night. The carrier is deeply implicated in the mismanagement of the Zuma years and the company hasn't submitted its obligatory financial audit for the past two years.

It has received more than R20 billion (1.2 bilion euros) in bailouts from government over the past five years to stay afloat, but Public Enterprises Minister Pravin Gordhan has told international investors that the national airline was not too big to fail.