“In Eastern Europe, the consumption of red potatoes is high,” reports Laura Bosquet, from the sales department at Culture Pom. The company, specialized in the trade of French potatoes, is growing steadily on those markets.

According to Laura, Eastern European countries are interesting markets. “The quality of French potatoes is generally better than that of the potatoes cultivated in Eastern Europe. As a result, these countries get their potatoes from France. The difference in quality is mainly due to our good farmland and the treatments used.” Laura adds that representatives from Eastern countries are more and more present at fairs such as Fruit Logistica in Berlin and Fruit Attraction in Madrid. 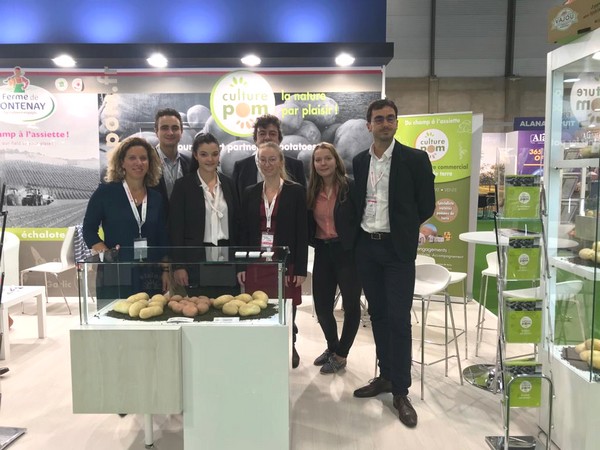 In total, Culture Pom exports to 15 European countries. “In general, the offer and the demand are decent, but it depends on the country. The demand from Spain is quite significant, while the situation on the Italian market is calm.”

The demand on the domestic market is satisfactory and has remained the same since the beginning of the season. “For the coming months, we hope that there will be a better relationship between selling prices and purchase prices. The gap is currently quite large and needs to become more stable."