"Chinese market demand for watermelons has grown stronger every day for the last few years. And the overall surface area devoted to watermelon plantation expands every year as a direct consequence of growing market demand. The price of watermelons in Yunnan production areas is around 1.5 yuan [0.21 USD] per 0.5 kg."

"This price is slightly lower in comparison with the first half of this year. However, the market conditions of watermelons are still quite good compared to other fruits in the Chinese market. The main reason the market conditions are still quite good is the seasonal nature of watermelons. Watermelons sell very well as soon as the weather becomes hot. Farmers have a limited profit margin when the price of watermelons remains stable at 1.5 yuan [0.21 USD] per 0.5 kg. However, the price will certainly rise in December." This is according to Fan Zhiqiang of Yuncheng Yurun Crop Plantation Cooperation. 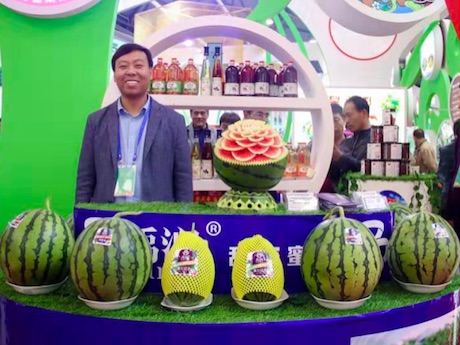 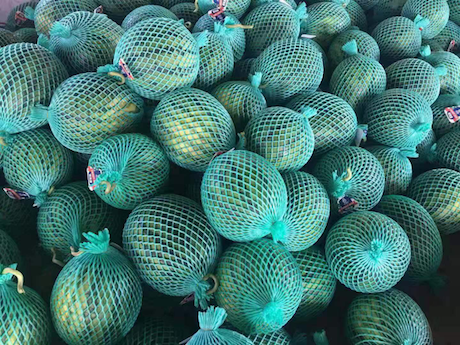 "Living standards in China are rising and consumers are demanding higher standards for fruit. Consumers are not just interested in fruit that looks good. Fruit needs to have a delicious flavor. Chinese consumers particularly enjoy sweet fruits. People used to regard watermelons as a cheap fruit, but in recent years, some watermelons cost as much as 6.8 yuan [0.97 USD] per 0.5 kg. There are of course regional differences. Consumers in south China prefer smaller watermelons (around 4 kg), while consumers in north China prefer larger watermelons (around 6 kg)." 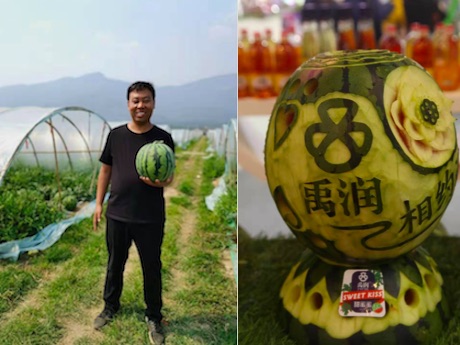 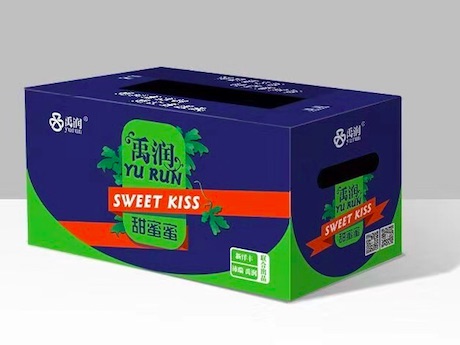 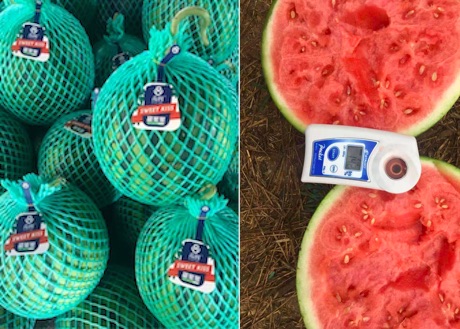 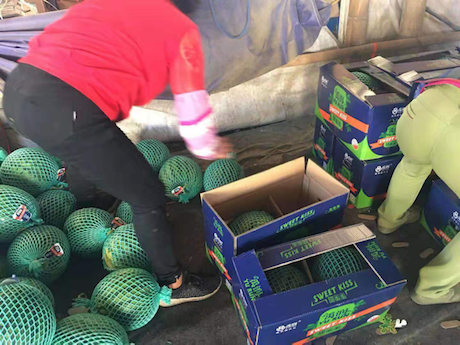 "We sell our watermelons under the Yurun brand. Our current supply comes from production areas in Yunnan. We mainly sell the Sweet Kiss (a Unicorn watermelon variety). Looking at the overall conditions in the Chinese watermelon market, Sweet Kiss offers a great price-quality ratio. This is also the only watermelon variety that can guarantee supply all year round. The Yurun watermelons are mainly sold in large wholesale markets and fruit chain stores such as Old Fruit Farmer in Ganzhou, Jiangxi; Fruit Home in Xi'an; Green Leaf Fruit in Changsha; Guo Duo Mei in Beijing; and Heavenly Fragrance Orchard in Wuhan."