But Swiss pear stocks are bigger

Compared to the five-year average of the October stocks, the stock level was 143 t lower by the end of October 2019. Effective stock numbers will be collected anew at the end of November. 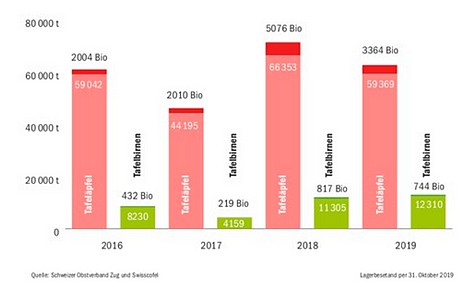