An Innisfail banana grower has been able to improve his productivity, through the introduction of rubber tracks to his bagging machine, which reduces damage to crop paddocks.

"The tracks have certainly been effective in reducing the ruts and the size of the ruts," Mark Nucifora said. "It is difficult to say for sure how effective it is going to be, as we have only been using it for 7-8 months, and you really need up to three years of trialling something to prove it. But the tracks certainly work and the machine goes, so there's no issue with not getting the work done." 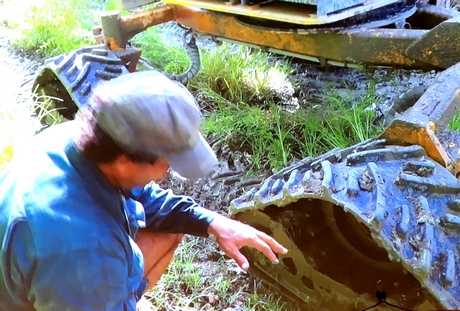 Mr Nucifora says started using the tracks in August 2018, because the farm was having a lot of issues with bog holes and rutting where the bagging machine was working. It was then leading to issues such as bruised fruit, machinery getting bogged, which was time consuming, and difficulty for the workers in those areas.

To try and alleviate that issue, he looked at a number of measures including switching back from under tree sprinklers to a trickle system, and widening the rows, as well as trying to drive through the areas a little less.

"I thought, even with those fixes, and if we did go that way, it would change our cultural practices on our farm and cost a lot of money," he said. "I still knew at this time of year, when we can get a lot of rain, you'd still end up with ruts. So, after a lot of thinking, I decided to go to an option where we would put a lot of floatation onto the machine that causes the most damage on the farm, which is the bagging machine. we came to the point where I decided we needed better floatation on the tyres we currently had. That led me to using tracks on the bagging machine." 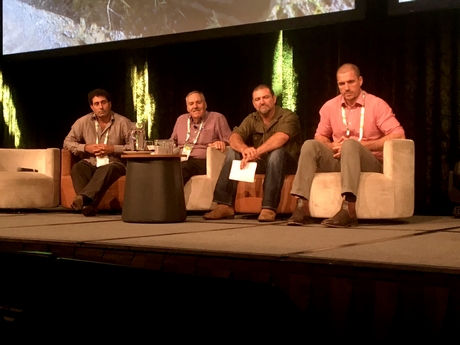 While the system has undergone plenty of wear and tear since its introduction, requires ongoing daily maintenance and ongoing maintenance/testing, Mr Nucifora says it has been worth the money in his opinion.

"There is no question the tracks option is more expensive in capital upfront, initially, than a set of new tyres, which are around $1,500 for a new setup" he said. "For one track to replace that tyre setup, you are probably looking at $6,000-$7,000 for the track setup, and then the actual modifications to the machine to install and fit those tracks, that costs another $14,000. Overall it probably cost us around $40,000. But we're finding from the behaviour of the tracks and the soil, there's a reduction in the amount of ruts and the size."