“Our storage capacity allows us to offer organic squash all winter”

Every year, red kuri squash and butternut producers are faced with the same problem. At the beginning of the season, in September, all of the producers without storage capacity try to sell their products on the fresh market. Until November, the offer is enormous, while consumption remains low until it gets cold. For this reason, the organic fruit and vegetable producer organization “BioGaronne” has invested in storage facilities, for squash specifically. The investment allows them to offer squash all winter. 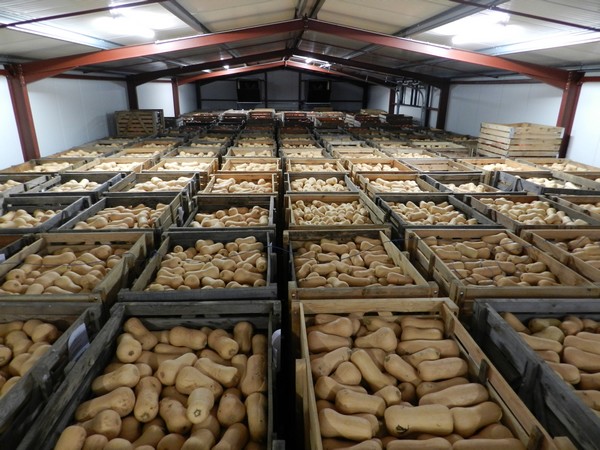 BioGaronne invested in the storage facilities in 2015. The structure now has a storage capacity of 400 tons. In 2020, the capacity should be doubled. In order to manage the entire production chain until packaging, BioGaronne also invested in 2017 in a machine to wash, brush and dry the squash, as well as in a calibrator in 2018. These tools, uniquely designed for squash, have been provided by the Dutch company Omnivent. According to Jean-Luc, the quality of this professional equipment is very good. 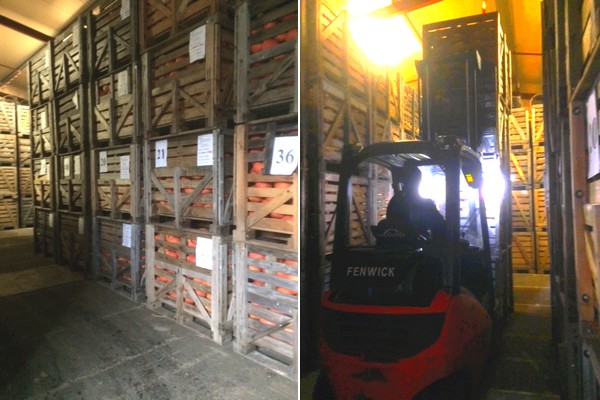 The production of the BioGaronne squash is done under contract with the producers. The structure is responsible for the cost and transportation of the palox, the storage costs and a technical monitoring at several stages of the cultivation, in order to guarantee a homogeneous production.

Three important trends
BioGaronne is based in Lot-et-Garonne and ships the entire range of regional and seasonal organic fruits and vegetables. “For 3 or 4 years, there has been a sustained demand for organic and local products. People want to consume organic and fewer imported products,” reports Jean-Luc.

Another interesting trend on the organic market is the fact that supermarkets start to show some interest in organic fruits and vegetables in bulk. “For 20 years, I have refused to make trays, because the use of plastic doesn’t fit with our organic values. So we never worked a lot with supermarkets, who only wanted pre-packaged organic products. Today, there is a reversal of the trend. In my opinion, there is no future for pre-packaging on the organic market.”

As a third trend over the past 2 years, we have been observing a high demand from the industry for organic squash of large calibers. “They are used fresh or frozen for soups, purees or baby-food jars.”