“It is tough to make good margins in the fruit export business.”

“At the end of the day, we are an export company. We work closely with the farmers. If it is a bad season, it affects us too. If we do our job well and we have no big issues, every season should be okay for us. You cannot make huge amounts of money from it.”

Fruit exporters must be cautious
“When it comes to avocado, it is a real off season. In this present situation, it is better to take a step back. Your chances to lose money are bigger than your chances to make some money” says Oron.

“Israel’s production was far lower this year than last year. Along with the current high prices, it has become a very risky business for us. We are, therefore, being cautious.”

“With mangos, it was also a reasonably good season. This year was two completely different seasons. In July/August, the mango market was really good. From the start of September, the Brazilians brought a massive amount onto the market. It collapsed completely.”

Focus on citrus
“Citrus remains our main, steady business. Of course, when grapefruit prices were very high in Europe last year, more of this product went there. This year, they seem to have reduced their prices. We hope to achieve better export prices. But, since we are just starting, it is too early to tell.” 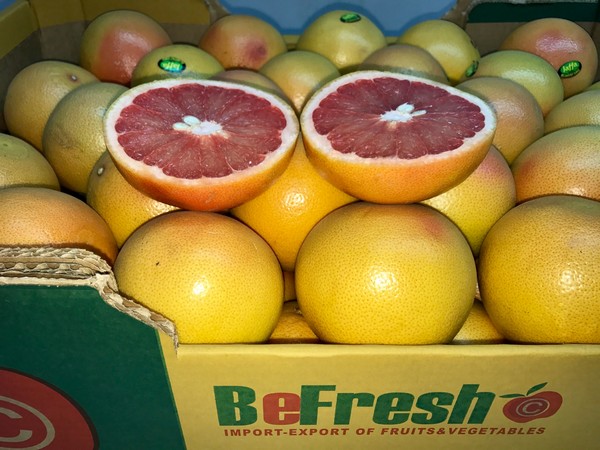 This year’s grapefruit market
“There was not going to be any grapefruit in September, everyone said. It was to be the best year ever. Come September, no-one wanted to touch a single box of Israeli grapefruit. The market was still full of the South African product. A lot of growers in that country held back their fruit. A lot of Dutch and French traders also held back some of their stock. This was all in anticipation of the good market in September,” he continues.

“Then in September, everyone saw there was no lack of grapefruits. The market was full. Up to now, there is still no good demand for Israeli grapefruit. And it is already November. That is why I am saying nobody knows what will really happen. It is all speculation. If you do not have good programs with retailers you think you can trust, you have no chance.” 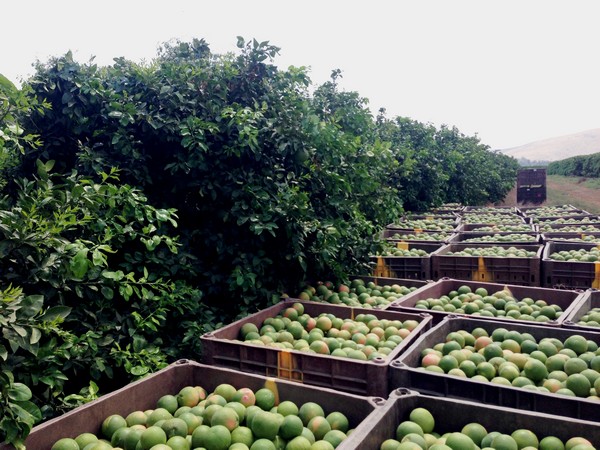 Tempered expectations in Orri
Oron says to not trust all these figures being announced before the season. “I spoke with several big Spanish producers at Fruit Attraction. There are slightly fewer Clementine's and mandarins in that country. But is it only between 15% and 20% less, nothing dramatic. Israel also has less Orri, but it, too, is not dramatically less. Earlier, people were thinking that there will be no Orri this season since the trees were empty. But now, as the season approaches, people see the trees are not all that empty. You cannot really predict how the season will progress right now.”

“The forecasts are that it will be a good season. But, the last few weeks of last year were very good. Growers who managed to harvest their Orri before December, got good prices. These prices, however, all came crashing down in January. So, I don’t know what the situation will be this year. Take grapefruit, for instance, too. In June/July, people were under the impression that the South African season was ending already.”

“Orri acreage is also shrinking, not on a huge scale, but it is already affecting the season. Even when a farmer loses money, he has to go through a kind of process before he decides to reduce his acreage. It takes up to 7 – 8 years before your trees come into full production, so it is not so easy to just cut back.”

“Ten years ago, when the Orri was such a good money maker, everyone jumped on the bandwagon. People were planting Orris in areas that were not ideal for easy-peelers. They did not always have the knowledge or experience to grow Orri. Prices have since dropped to a reasonable level. Those farmers were the first to step out of the game.”

Oron says the most important thing to consider when thinking of planting a citrus variety is to choose one that will deliver a good crop. “One that is suited to your farm and your area,” he concludes. 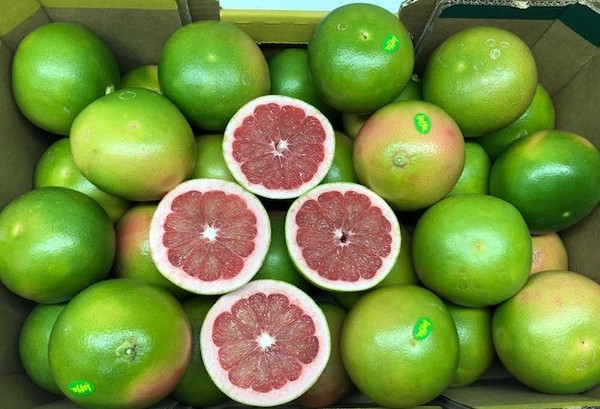 Orri season can only be better
“I am not negative about the Orri,” he emphasizes. “It can only be a better season than the last one.  It seems there is less fruit available, not only from Israel but from other regions too. Although, if you take Israel’s total volume, in a very big year, you are exporting something like 90,000 tons. If it a bad year, it will be between 50,000 and 55,000 tons. Still, if you consider this in proportion to the total easy-peeler market in Europe, it is nothing. But if Spain really does have significantly less, it should be better.”

Regulation challenges
“Now, phytosanitary regulations are becoming increasingly stricter. Especially with citrus and pomegranates. Every year there is a new disease or pest. The latest is the Apricot fly. You have to mark every single pallet’s origin. And if it comes from the so-called yellow areas - those areas that are suspected to be affected by those diseases - then they carry out a much more thorough check. This is only for the EU. Other markets are still less strict.”

“In Europe, the system has also become much tighter thanks to all these new regulations I mentioned. These new rules are sometimes nonsense. Sometimes they reject an entire container because of a small leaf that was not cut correctly.”

Oron points out. “But those are the rules. Some entrance ports also reject more containers than others.

“You also need to reassure retailers who do not want to be part of political issues that you are not bringing fruit from the conflict territories. But that is it. They do not want to know anything else. It is actually quite a complicated matter. The line between occupied and unoccupied areas is not always clear. You then start to deal with politics, not with fruit.” 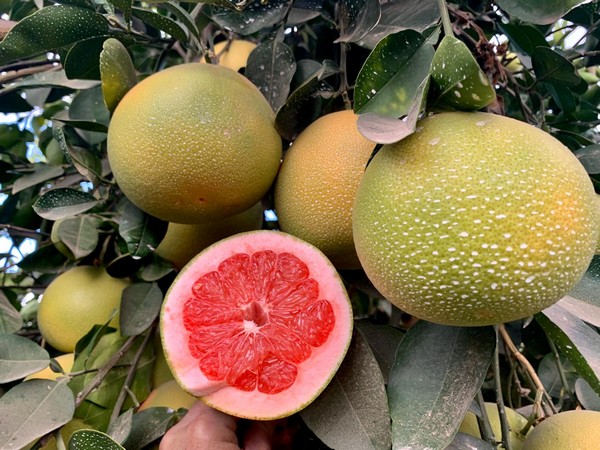 Sunrise grapefruit on the tree.

Increasing operating costs
“Sea freight is and will remain, the cheapest way to transport goods. Bear in mind, the cheaper shipping lines are less reliable. If you have a non-urgent cargo, you can go for the cheapest carrier. You know it will take longer. Because of the sensitivity of the products, we do not take risks. It needs to be on time. The loss you could face with quality issues is much higher than what you pay extra.”

“If you compare labor costs in Israel to those in Morocco and Egypt, it is far lower there. Then there is also the currency situation. The local shekel is maybe one of the strongest currencies in the world. Despite the ongoing tension in the region. It is very difficult to make good margins in this business.”

Alternative markets
“Our partner company BeFresh Russia does a lot of business in Russia. When you look at the volumes, you can see they are doing well. On the other hand, there are some products that you have no other chances with, were it not for the Russian market. These are products such as capsicum, radish, celery, and carrots. Europe sometimes takes carrots, but most of it goes to Russia."

“The bell pepper season just started, three, four weeks ago. They are already loading 80-100 containers a week of all these products. All the trade from here to Russia is in dollars, so it is not really affected by the declining rate of exchange there. But, in the end, Russian households are paying in rubles, so it costs a lot.”

“We have been sending produce to Asia for the last three, four years. This year, we are shipping more than ever to Asia in general. This includes to S.Korea, China, Singapore, and Hong Kong. We are even shipping to Australia.. The Asian market is completely different from the European market. We do most of our trade there via our Western partners. All the paperwork is much more complicated. It has to be correct down to the last letter,” says Ziv.