The NZ Government recently concluded the consultation process on the quality of water, which received 17,000 submissions, and HortNZ is hoping for some provisions to start to be introduced next year.

Chief Executive Mike Chapman says there are concerns that domestic vegetable supply will not be sustainable with future population growth. HortNZ submitted that under the Resource Management Act, that there is a national environmental standard be made for commercial vegetable production.

"We need to ensure that we can continue to grow commercial vegetables, because we obviously need to feed New Zealand, and there is an export market as well," Mr Chapman said. "The national environmental standard would apply across the whole country. It would override individual council rules and create one regime that would allow for the producing of vegetables in sustainably and environmentally friendly way. In the interim, until we can get a national environmental standard, we are proposing crop rotation and other enablers for vegetable growing." 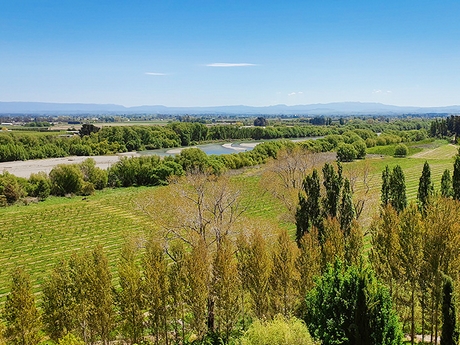 Mr Chapman added that to keep up with population growth, production areas also need to expand to ensure that consumers are getting the fruit and vegetables that they need for their wellbeing.

"It is about reaching that balance," he said. "A Ministry of Health survey of more than 11,000 participants found that only 40 per cent are meeting the 5+ (fruit and vegetable servings) per day, which is the standard. With the population increase, there is a definite gap in the market in terms of fruit and vegetables, and into the future it is only going to increase demand. Being able to plant fruit and vegetables going forward is very important."

"What we are also asking for is that irrigation for new developments larger than 10 hectares be permitted for fruit and other low intensity growing," Mr Chapman said. "You are not going to be able to put in a large orchard, or put berries in under cover, without having water. Our submission is that, as they improve water policy, irrigation should be permitted."

HortNZ also reinforced its support of audited Farm Management Plans, which Mr Chapman says are the best way to go to ensure that vegetable and fruit growers are following good practice, and minimising their environmental impact.

‘Also, that there should be no limitation on changing land use to horticulture, provided this is done under independently audited Farm Environment Plans," he added. "Growers know how to manage their land and water resources for successive generations. Let the growers apply their expertise and hold them accountable through independently audited Farm Environment Plans.’