Though assessments are early, it seems as though approximately only 100 acres of avocados were affected following the recent round of California wildfires.

“It’s not as bad as we thought,” says Ken Melban of the California Avocado Commission based in Irvine, Ca. “If you’re a grower who was hit, then it’s bad. But as a whole, it’s about 100 acres affected and we have got roughly 50,000 acres of avocados in California. It’s quite a limited impact as an industry.” He notes that the trees that were largely affected were burnt and will likely need replanting.

The Maria fire affected largely the Somis area of California.

Over at Mission Produce Inc. based in Oxnard, Ca., Denise Junqueiro also agrees that the overall California crop was only slightly affected. “It’s been a horrific time for many,” she says, adding that the Santa Ana winds possibly played a larger role in fruit loss than the fire itself. “The winds that accompanied these fires for a substantial period of time seem to have put more fruit on the ground than the fire themselves,” says Junqueiro. “The volume loss from the wind is normally taken into consideration when handlers are doing their crop surveys but the industry now has to readjust.”

The wind factor
Winds also, of course, play a role in the travelling of fire and embers. “Embers are oftentimes the problem because they get carried by the wind,” says Melban. “They make their way in and the nice thing about avocado groves is the leaf litter. There’s a natural buffer against weeds and it helps build up the soil’s nutrients. But, in this context, it does present a higher risk because that leaf litter can catch fire and serve as fuel.” 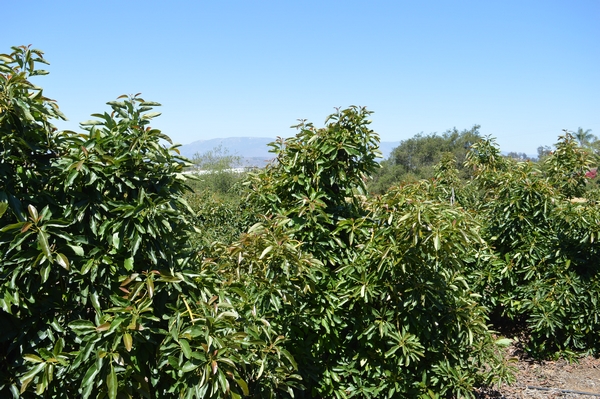 Power shutoffs leave growers without water
What also remains a concern for growers is the role of the public safety power shutoff practices which are put in place during fire weather to reduce the risk of fire. Melban notes that avocado growers have been experiencing these shut offs quite regularly. “They get an alert when it’ll happen and they’ll do some extra irrigation,” he says. However, the shutoff power leaves many growers on hillsides without power to move water.

While that’s a concern the commission is looking into, in the meantime growers are hoping during this time of the season, for a significant rainfall to minimize any future risk of fire.