In Campania, despite the weather alert issued by local authorities in some areas, in agriculture there are no major damages resulting from the storms of these days. In the upper part of Caserta there are no major critical issues, on the contrary many farmers define the situation as in line with the normal climatic conditions of the period: the fields are soaked with water, so it is difficult to enter gather the harvest of winter vegetables, and the canals are about to overflow.

However, there are exceptions. A producer of radishes and Trocadero lettuce in greenhouse from the upper Casertano area states: "Since the soil is very wet due to the rains, the radish tends to split, while on lettuce you have to be careful about bremia lactucae and rot".

In the lands around the Sarno river, as can be seen from the photo, there were floods that compromised the health conditions of the plants and the entire production. In other areas of Campania, on the other hand, farmers do not report any actual damage to crops, but a productive delay, fearing a reduction in profitability.

Some strawberry growers, on the other hand, complain about the difficulty in covering the tunnels due to the rain: this will certainly delay the productions. In the Avellino area, no damage was recorded due to bad weather despite the constant downpours.

"Because of the bad weather, we are not able to work well in the fields, and on the markets we see declining sales, due to low consumption - declares Ciro D'Andrea Esposito, president of the agricultural cooperative La Misenate di Frattamaggiore (NA) - Compared to the metapontino, however, the Neapolitan area was much less damaged".

"As long as the structures of the greenhouses will hold, we won't complain. It is not a good time for agriculture. Currently we have strawberries and green beans in the field. The prices are not bad, despite the decline in demand due to bad weather: for example 7-8 euros for the 2 kg strawberry box. For spinach, chicory and other leafy vegetables, we'll have to wait for lower temperatures. From abroad there are always productions that put prices under pressure, such as Trocadero lettuce and zucchini, which make our sales difficult". 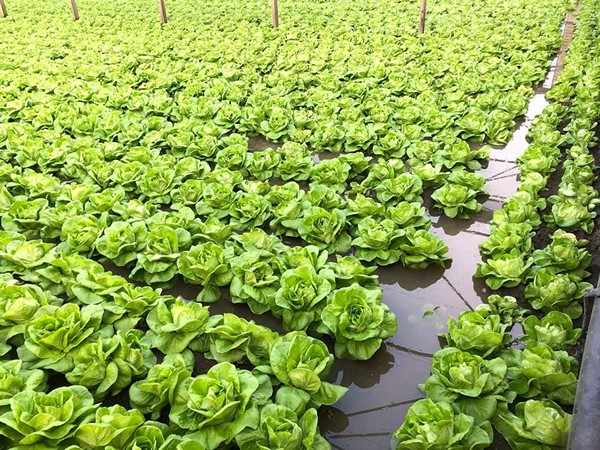 Marginal damage has occurred in the Sele Plain: a small whirlwind has damaged some greenhouses and several fields under greenhouses have been flooded.

The serious and alarming thing is the increase in humidity within protected environments, due to the continuous presence of water for seven days, which is exponentially feeding downy mildew. Unfortunately, farmers are unable to intervene, given the weather conditions - too much humidity and wet plants - so the direct damage to crops is significant.