The annual Namibian Table Grape Competition, hosted by the Namibian Grape Growers Association, was held in Aussenkehr on 9 November 2019. 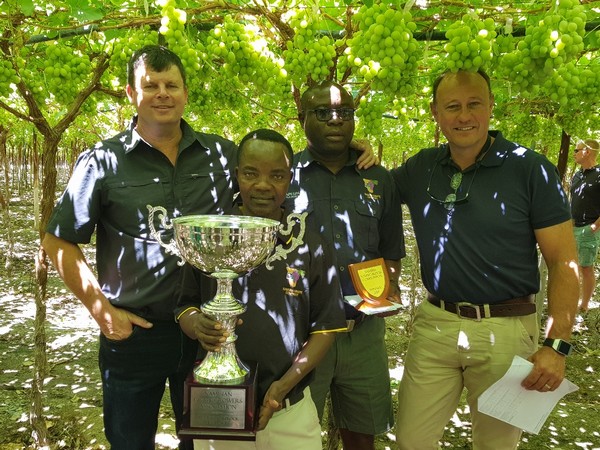 This prestigious event draws great attention and attendance from producers, exporters and visitors from all over Namibia and South Africa. Invited speakers on the day included Charl du Bois, commercial executive at Capespan and Michael Iyambo, Chairman of the Namibian Agriculture Board who provided an overview of the global grape industry and agricultural sector in Namibia respectively.

The NGC (Namibian Grape Company) made a clean sweep by taking six out of six places in the block competition for the categories best ‘Production Block’ and best ‘Young Block’. Capespan Namibia manages the production and marketing of the product on behalf of the NGC. 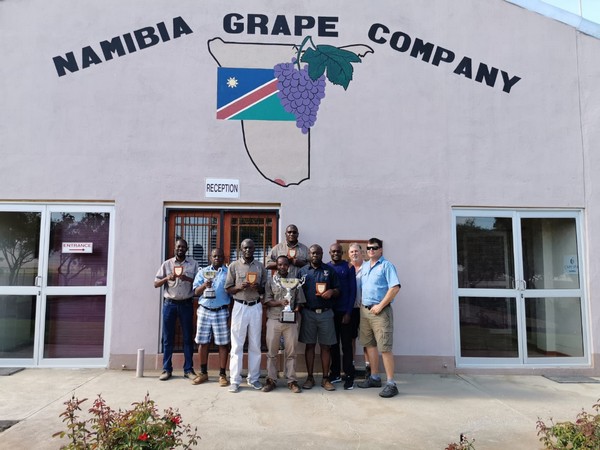 Capespan has, over the past five years, invested significantly in expanding its own production and partnered production footprint. Clearly these investments in people, new varieties and developments
are now starting to deliver on Capespan’s promise to its customers: We Deliver. In a statement, Capespan congratulated its Namibian team for this exceptional achievement.

The NGC is established as a large-scale table grape producer, affirming Namibian grapes as a global brand because of the outstanding quality and sought-after pre-Christmas timing. The region has an ideal climate for grapes with an enviable advantage of Namibian vineyards being pest- and disease-free with not a drop of rain falling during the harvest.

Capespan will export their Namibian grapes to selected markets in the UK, EU, Middle East, Far East and also supplies to the local South African market. The season is 7-10 days earlier this year and packing has already commenced during week 44. A normal yield with exceptional berry size and quality is expected this season.