J. Carlos Martínez, of The Natural Hand: “Sometimes it is better to stop selling until prices recover”

With a kaki harvest like this, the opening of new markets is clearly necessary

In a year like this, with such an abundant kaki production, it becomes clearer that Spanish exporters need to find as many new markets as possible for this product. 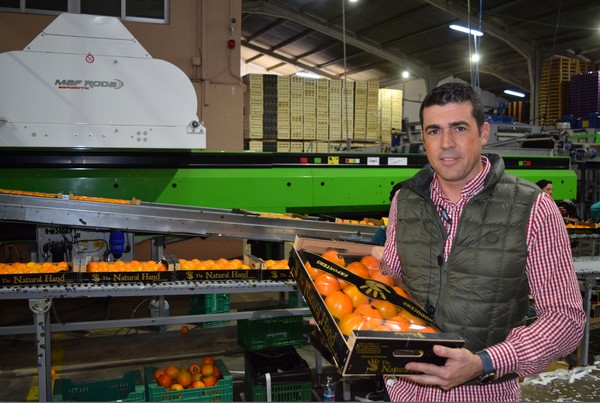 “Half of the markets are still closed for kakis, a fruit that can easily be shipped to faraway destinations. If all markets were open, there would not be enough kaki to supply them,” says Juan Carlos Martínez, manager of The Natural Hand, specialized in exporting to overseas markets. FreshPlaza visited its central packaging plant in the Valencian town of Albal, where operators work in a lively manner with the music on.

“9 years ago, we started considering how we could extend the shelf life of kakis, so that distance would not be an obstacle when exporting the product under Premium quality standards. When we found a way to do it, we knocked on the doors of many importers in Asia. After renting a warehouse back then, we shipped the first container to Singapore successfully, so we then shipped some more. During those months, I traveled to this city to check that the fruit was arriving in the expected conditions. We then became pioneers in reaching new markets with our kakis, with consistent and continuous volumes,” says Juan Carlos. 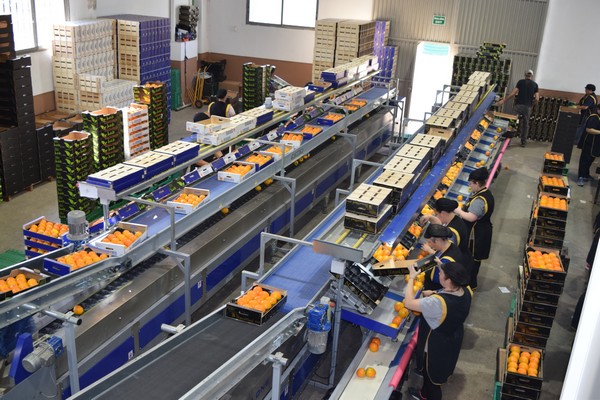 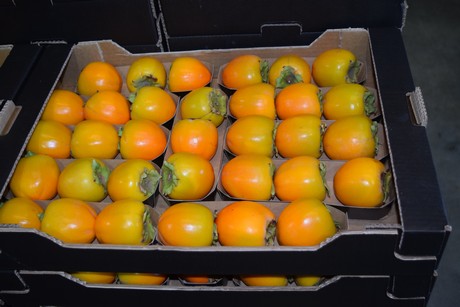 Around 80% of the fruit sold by The Natural Hand is exported overseas. The company is present in markets such as Singapore, Hong Kong, Malaysia, Indonesia, Canada, Brazil, Saudi Arabia, Dubai, Kuwait and Jordan. At the moment, they are moving forward with their contacts in India, Thailand, Japan, South Korea and China, waiting for an export protocol to be approved soon. 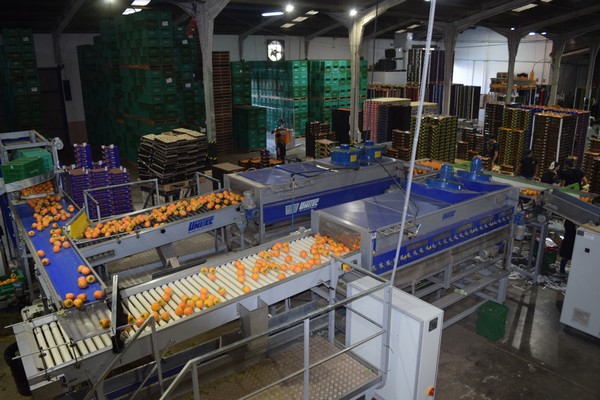 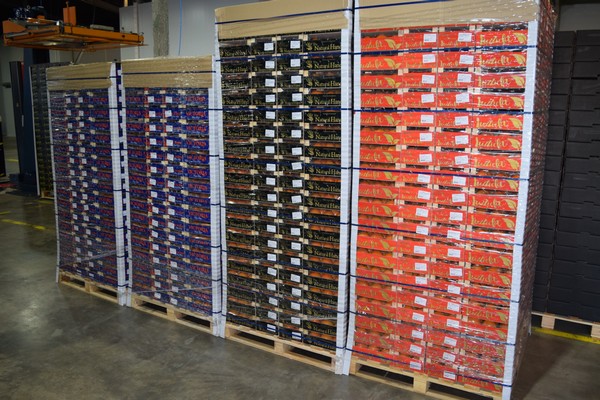 “We believe that Asia has great potential for the marketing of kakis, especially China, Japan and India. Japan, which has a free trade agreement with the EU, excluding fruits, is the country with the highest number of registered kaki varieties; therefore, they are very knowledgeable about this fruit. The prices paid there are also the highest. Our Rojo Brillante kaki has no presence in this market, but we know that its consumers like it. It would arrive when the country's local season comes to an end, so we would be taking advantage of a gap in the supply,” says Juan Carlos Martínez. "Our political representatives should work harder to help exporters in opening new markets, even though they just say that this is something that depends solely on us," he says. 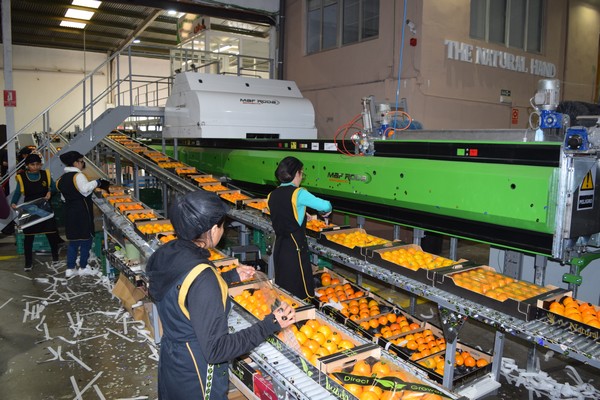 The Rojo Brillante kaki campaign runs from mid-September to the end of February, and although some may think that the season could be extended with new varieties, Juan Carlos says that “the Rojo Brillante is the only one with guarantees in terms of flavor, quality and firmness in order to be exported over long distances.”

"Sometimes it is necessary to stop selling until prices recover"
The current kaki campaign has so far been difficult in terms of prices due to the product's abundant supply. “Prices have fallen very quickly this year, down to levels even below the production costs. For that reason, it becomes necessary at some points of the campaign for us to stop selling until prices recover a little,” says Juan Carlos.

“I think that if the Spanish kaki sector joined forces in a sectorial board formed by private companies and large cooperatives, including the Spanish Kaki Association and the Protected Designation of Origin Kaki de La Ribera del Xúquer, among others, we could more easily defend the product's prices. We should be taking more advantage of the fact that Spain is the only Rojo Brillante kaki producer with quality guarantees and large volumes.” 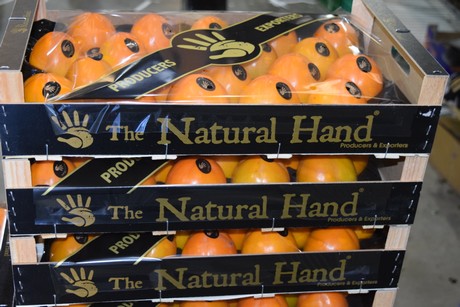 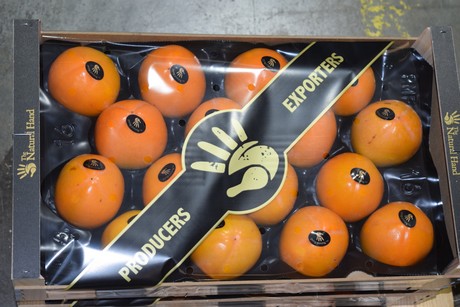 One of the most cutting-edge kaki packaging facilities
The name of the company was motivated by the farming tradition of Juan Carlos' family. “Since I was little, I already knew agriculture thanks to my grandfather Manolo. This business came to exist through our work in the field,” says Juan Carlos, who this year expects to market between 7 and 8 million kilos of kakis. "Since we started 6 years ago, we have doubled in size every year," he says. 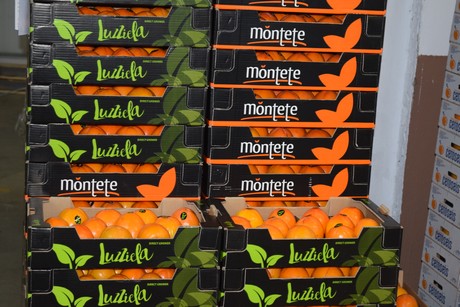 Its brands are The Natural Hand, Luziela (which comes from the combination of the names of his daughters Luz and Gabriela) and Montete, which means "my brother" in informal Valencian, in honor of his brother, who died in a traffic accident. In addition, it also works for large Spanish brands. 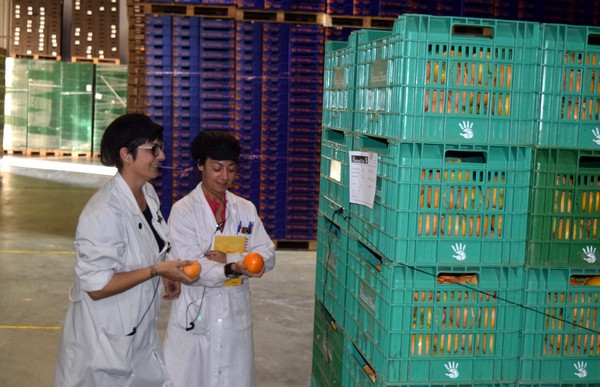 Around 50% of the fruit handled by this company is its own production. “We only buy fruit from fields where the appropriate treatments, as well as good pruning, have been carried out. This year, for example, there have been many issues due to strong winds, which we avoided with the binding of trees. We also believe that we have one of the most cutting-edge kaki packaging facilities, ready for long-distance shipments. We have the latest Unitec technology, as well as Maf Roda optical sorters that take 20 photos of each piece of fruit. The fact is that kakis are not an easy product to handle in a packaging plant. 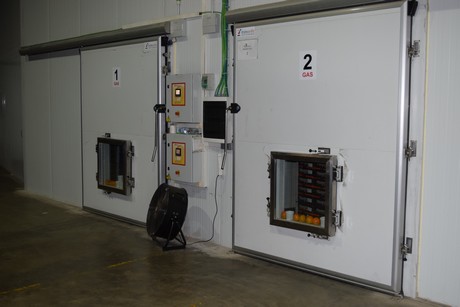 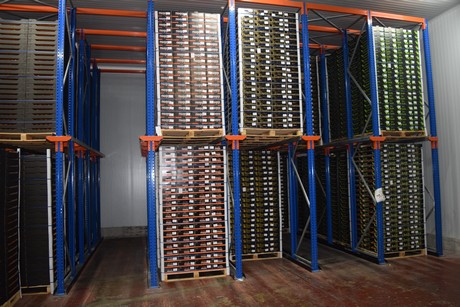 The Natural Hand also manufactures other products, such as kaki liquor, cream and gin. "We are part of the Spanish Kaki Association, which is working with its partners to improve the value to the fruit that cannot be sold fresh by creating products such as dried kaki or compost, among others."