Two of Australia’s leading fruit and vegetable peak industry bodies have conveyed their thoughts to those affected by the bushfire emergency on Australia’s east coast.

Blazes continue to burn in several regions across Queensland and New South Wales, with residential homes and farming properties caught up in the devastation that had a ‘Catastrophic’ danger rating being issued earlier this week.

“First and foremost, our thoughts are with all of those affected by and still battling fires in New South Wales and Queensland,” CEO Jim Pekin said. “Of these growers, two have lost all their bananas and infrastructure and others have suffered significant loss. Of course, this is an ongoing situation and the threat is not over. The ABGC will continue to monitor the fires and seek to offer support to those growers affected. A heartfelt thank you to the firefighters, volunteers and landholders working tirelessly at this time to try and save both lives and property across the East Coast.” 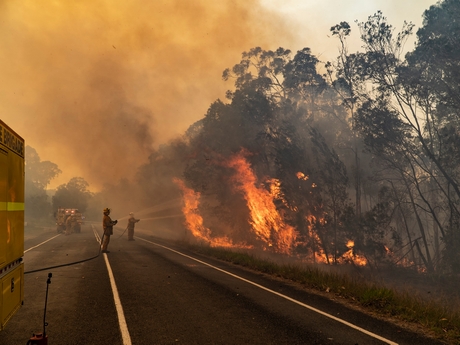 While it is early days, in terms of the immediate focus is still on bringing the fire threat under control and making sure everyone is safe, the ABGC is reassuring consumers that it doesn’t expect to see it impacting the market.

“While the impact on these individual growers is devastating and cannot be understated, 90 per cent of Australia’s banana production is based in Far North Queensland (well outside the current fire fronts),” Mr Pekin said. “So, consumers won’t see a change on grocery shelves.”

The Australian Mango Industry Association shares similar sentiments, and at this stage, it is only aware of minimal impact to one grower in the Yeppoon area from the most recent bushfires.

“AMIA and growers are remaining vigilant of current hot dry conditions,” CEO Rob Gray said. “While hot dry conditions produce fantastic eating mangoes, unfortunately weather events, such as bush fires, do sometimes occur. We saw this earlier in the year when growers near the Mareeba and Darwin growing regions were impacted.”

He added the AMIA is on hand to support our industry’s growers and our thoughts are also with other industry’s that have been impacted.

“The best way for the public to show their support is to continue buying delicious mangoes which our industry works hard to produce and deliver,” he said.

There are reports of other fruit and vegetable produce lines have also been affected, but it is hoped that direct damage remains minimal.

For current, up to date bushfire information in visit NSW Rural Fire Service, and Queensland Fire and Emergency Services.