"The marketing potential for organic black garlic is huge"

Black garlic has made its way into European trade in recent years: The novel fresh specialty is an absolute eye-catcher on every shelf and is usually sourced from Asia or Southern Europe: But in Estonia, the production of the black tuber has now turned to organic growth. The majority of these goods end up in the German organic food trade via organic supplier Ostseegrüne. The goal is, however, to establish the unique product within a few years in the common food retail, says National Account Manager Monika Reimann. 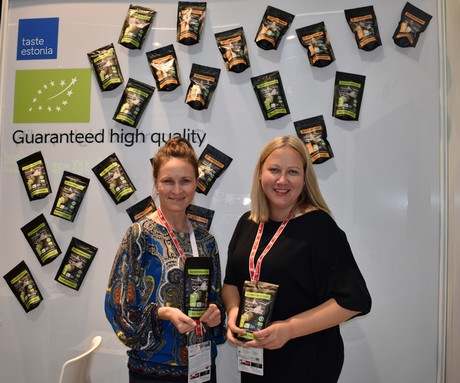 The team during this year's Anuga in Cologne. The interest among the trade visitors was enormous, said Mrs. Reimann (r).

Immediately after harvesting, the white garlic goes to the production site: here the garlic is baked for 2 to 3 weeks using slow cooking (using a continuous baking temperature of approx. 60-70 degrees with a certain humidity), while unique nutrients form in the tuber, giving them a unique taste. "The taste of black garlic is somewhere between licorice and truffle. The black tuber contains up to eighty times more antioxidants than conventional garlic. In addition, the product is comparatively easier to digest and there is no stomach irritant effect."

Regional marketing
Grown in Estonia, however, the black garlic is marketed as "regional" in Hamburg and the surrounding region. This requires a brief explanation: "Consider the entire Baltic Sea region as an adjoining geographical area," said Mrs. Reimann. "There are also products from Munich marketed under regional labels in northern Germany, although the distance between the two cities is relatively the same as between Hamburg and Tallinn. We see the Baltic coast as well as Germany as one single region."

However, regional nutrition should be interpreted more broadly than just what is growing in the region, she adds. "If you have no access to regional black garlic from Germany, you would have to resort to goods from the next possible region, instead of Asia. Accordingly, our main concern is to make this a possibility." 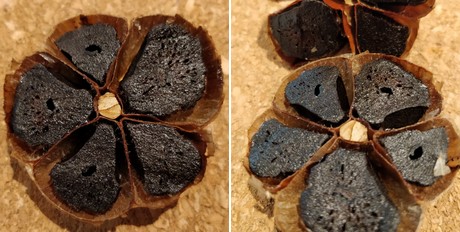 Black garlic is available in different varieties: In addition to the whole tuber and peeled garlic, there are powders and pastes.

Suitable for vegans
For over a year now, via the Ostseegrüne company, black garlic mainly arrived in the organic food trade, food service and organic chain stores. But there are already talks underway with "common" food retailers. "Black garlic is considered a European superfood and goes fits well within a vegan diet." The trend towards a more health-conscious diet, however, refers to the entire society, not just to existing customers of the organic trade. Reimann: "We see a growing trend for healthy products throughout Germany. We think the marketing potential for black garlic is huge." 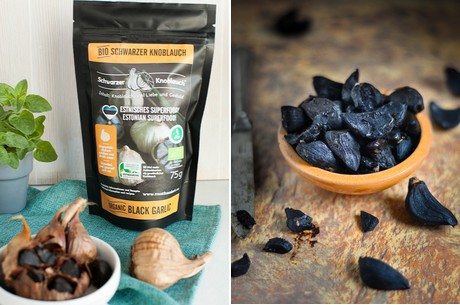 Ostseegrüne recommends placing the black organic garlic either between the spices or in the vegetable department .

Recently, black garlic was one of the eye-catchers at this year's Anuga, the leading event for the food industry in Cologne. On this platform, a lot of contacts were made with German and international decision makers of the trade. "Representatives of all well-known retail chains in Germany have inquired with us at the stand and taken samples. The interest is huge in any case, we are still working on everything."