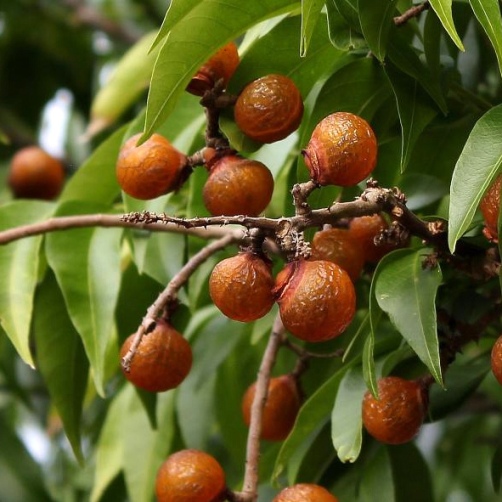 Bananas are one of the most popular fruits, considering global production and consumption. They are cultivated in more than 100 countries. India is the largest producer in the world with an annual production of 29.7 million ton, while Brazil is the fourth largest producer, and in the first six months of 2019, Brazil produced approximately 6.9 million ton.

Fungi of the Colletotrichum genus include important plant pathogens that cause significant losses in crop production worldwide. These fungi are especially severe postharvest problem of tropical and subtropical fruits. Anthracnose causes severe losses in banana production, and Colletotrichum musae is one of the most important pathogens responsible for this fungal disease.

Fungicides, such as thiabendazole, are used to control postharvest anthracnose and indirectly extend the shelf life of banana fruits. However, some fungicides can have harmful effects on public health as well as on the environment and biodiversity. A natural alternative to conventional antifungal agents could be the solution to meet the demand for healthier and less toxic food.

"The activity of the ethanol extract against C. musae was similar to that of thiabendazole at 500 μg/mL - The scientists explain - A fractionation, bioguided by antifungal activity, led to a semi-purified fraction that contained saponin and acyclic sesquiterpene oligoglycoside. This fraction presented an inhibition halo with a diameter of 10.7 mm at 125 μg/mL. Saponins seem to be responsible for the antifungal activity of S. saponaria. Although the semi-purified fraction is the most active, crude ethanol extract is a cheaper environment-friendly alternative to fungicides. Although most purified fractions presented activity at lower doses unlike ethanol crude extract, in a practical and low-cost manner, ethanol extract is potentially more useful for the effective control of postharvest anthracnose".

This study has demonstrated that Sapindus saponaria extract can help overcome resistance to conventional fungicides.