Valuable strategy to market your own crop 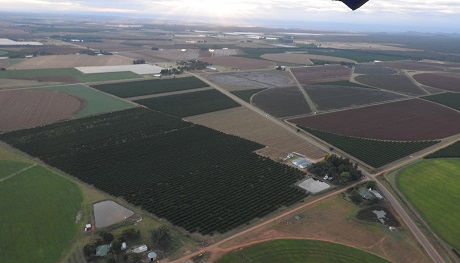 Starting in 2020 the farm is planning to start exports of their ChemFree trademarked Palmer navels, Delta and Lavalle Valencias, treated with no chemicals in the packhouse and only covered with a natural wax.

“Every year we add to our orchards and the newest cultivar is Cambria navels. We’re really excited about them,” says Anné Pretorius of Katlego Sitrus. She notes that expansion represents an enormous expense to farming operations, which only take off the first significant harvest four years later. The first mandarin harvest (Valley Gold) will be next year, another exciting (or challenging) prospect.

“We market 95% of our own citrus, but do use exporting companies for a small part of our crop to markets where we haven’t yet been able to identify a suitable importer,” Anné says. “It’s been a valuable exercise to take control of our own exports and we’d definitely recommend this route to other growers, even if only for part of their crop.” 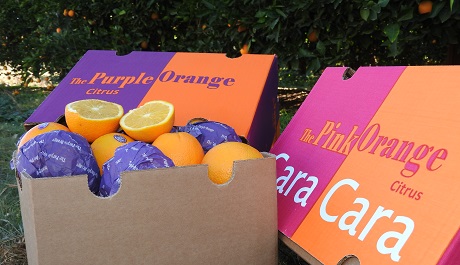 She admits that the first season in charge of some of their own marketing was daunting, but assistance and advice from the industry has helped them along, and now they’ve been doing it for nine years. Eighty percent of their crop is exported. “We produce top quality fruit and we have a good name.”

“The citrus industry is so dynamic and varies from one season to a next. It’s really important to keep your finger on the total cost chain in order to remain financially fit. Difficult years are common and your best harvest is always the next one!” She adds: “For the 2020 season we have suggested some innovative solutions in cold chain operations to alleviate the congestion in the ports and at the same treat our fruit better.”

Competition from Egypt & Spain until the Valencias started 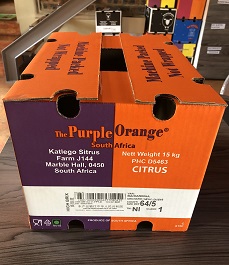 This past season was one of the more difficult ones, but they were pleased by the fruit sizing that was more favourable for their top markets, in comparison to 2018, but Anné notes that volumes weren’t quite where they wanted it.

“Internationally markets were under tremendous pressure because of Egyptian and Spanish product that remained up widely available up until our Valencia harvest."

Saying that early navels like Bahianinha don't have an international market anymore is a knee-jerk reaction, she says, and possibly premature. "It is an eating fruit (navel) competing with a juicing fruit (Valencia) at the beginning of the season and we believe there will always be a place for good quality fruit.”

She laments the biased treatment of good fruit for their appearance. “It doesn’t cease to amaze that while it’s common knowledge that the taste of fruit (and in our case, specifically oranges) is not affected by marks on the skin, or that a light-yellow skin doesn’t mean the fruit isn’t ripe, still bulk buyers institute claims on those grounds.”

She continues that it’s necessary to put in extra effort to efficiently market fruit avoid redirecting fruit from fresh sales to the juicing sector, here the end result is highly discounted fruit and the producer is paid a fraction of the income.

In Vietnam she was given a slice of green-skinned orange as garnish, sweet despite the colour of the skin. “Surely end users know that marks or colour don’t indicate the quality of the internal fruit?”

Last year they automated their packhouse and increased its capacity to 200 tonnes per day. Simultaneously, they stopped wrapping fruit with the happy result that their refrigeration costs dropped: it turns out fruit wrappers have a significant effect on the speed at which fruit reach temperature. Moreover, no wrapping means less packaging. 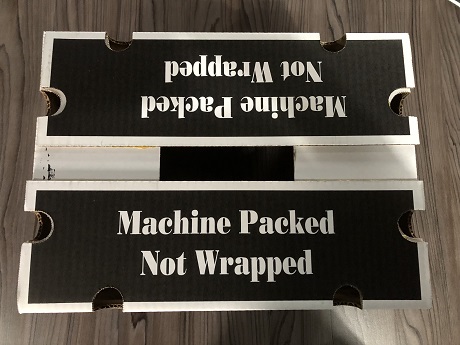 No wrapping has brought down refrigeration costs and reduces packaging

Ploughing back profits from citrus
Something else that is close to Anné’s heart, is their farm school. In South Africa is used to be very common to provide daycare and primary education on the farm to the children of farmworkers but  Anné points out that farmworkers increasingly prefer living in town. On their farm Katlego Sitrus still runs a creche called Lesedi Day Care for the children of their own workers and of the wider community.Their tiny primary school has seventeen pupils.

She believes it takes a village to raise a child and they track the progress of the 177 children who’ve attended their registered non-profit organisation Lesedi Day Care since 2012. Unfortunately, she notes, preschool falls outside of the education department’s ambit and therefore they may not make use of official school transport for their daycare attendees. 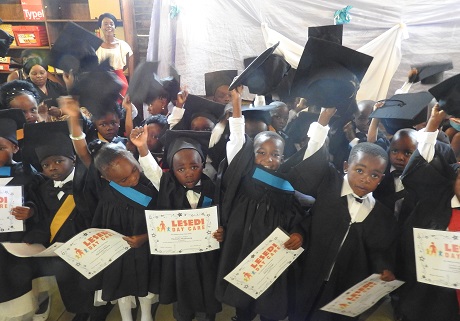 Moreover, they organise outings to the farm, especially when plantings and the “big yellow machines” are in evidence, but the primary reason for the daycare, given South African realities, is that their workers know their children are in a safe pair of hands, during school holidays as well.

The daily costs of running such facilities put a strain on the finances of a farming enterprise and fundraising is a constant issue, but Anné believes making a difference in the lives of local children is non-negotiable. She doesn’t want them to be among the 60% of school entrants who never make it to the end of their schooling career in South Africa.