"Conference variety not yet profiting from lower European pear harvest" 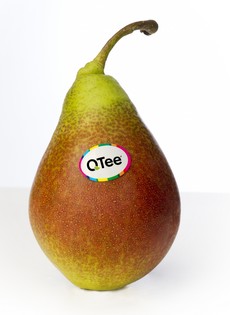 Because of the frost, Wouters had more class 2 fruit than expected this year. “Fortunately we were able to sell these well. In addition, we have been able to get a good average price for the QTee pears. It is very important to get a good average price. It makes little sense to sell part of the pears for a good price and to give the other part away so to speak," says Kris.

“Despite the positive QTee season, I still have mixed feelings. There are clearly fewer pears in Europe this year, QTee has benefited well, but Conference unfortunately not yet,” continues Wouters. “The prices for Conference are currently not as good as we were expected by traders. We still hope that things will turn out well in December. At the moment there are other pears on the market and next month these volumes will be nearly finished. ”

“It is essential for growers that the situation on the top fruit market improve. Last year was terribly bad, but the years before were not particularly good either. It is important that growers get a better price for their product this year, but we are facing structural problems. There is just too much Conference on the market and trees are still coming into production. Fortunately, Brexit appears to have moved forward a bit and at the moment quite a lot of pears are going to Eastern Europe," concludes Kris.