What makes it worthwhile to farm grapes where rain and high humidity during harvest are constant threats (not to mention the two crocodiles in the farm dam) coupled with levels of pest pressure unknown in the Cape?

If you ask Gert Upton, executive marketing manager of Schoonbee Landgoed in Limpopo Province, and Danny Pienaar, head of local marketing, they’ll tell you there are three things: being able to supply during the transition between grape supplies from the Northern and the Southern Hemisphere, the taste profile and aroma of varieties in their area plus the intensity of colour development, making them black grape specialists. 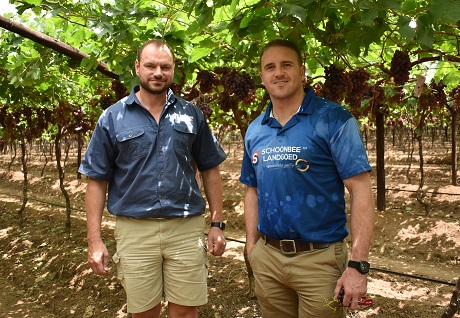 They have started Early Sweet (the first from South Africa), and red (Flame) follows this week. Soon they’ll be packing Early Sweet, Flame, Prime, Starlight and starting Midnight Beauty®, all in a single week. (“There’s always a variety knocking at the door,” Danny notes.)

“We start two weeks before the Orange River and we end two to three weeks after them,” Gert explains. “During harvesting we go through a vineyard up to five times. We always have to keep rain in mind and its effect on sugar development. We move through a vineyard 76 times during the growth season on average, the Hex River only 36 times. We have pests they haven’t even heard of in the Cape. Their input costs are much lower than ours which is why we have to reach certain price points.”

Varying sugar levels on first grapes arriving into the market depresses opening prices
On the day that FreshPlaza visits their Kameelkop farm, the packhouse isn’t running because, they say, they don’t force fruit into the packhouse. If they feel grapes aren’t quite harvest-ready yet, despite high early prices, they hold off for a few days and focus on other housekeeping tasks like pulling plastic covers over the imminent blocks of Flame, Prime and Starlight.

“The market is very favourable at the moment but within the next three weeks things will look very different when the Orange River starts packing,” Gert says of the grape season sprint. “On early grapes we want to be finished before the Orange River starts, but later in the season when the Orange River is on Prime/ Thompson we have IFG Sweet Globe™ and AutumnCrisp®, varieties the market really wants. Our white comes in together with stored late red from the Northern Hemisphere, so you don’t want to overlap with them. It’s like a dance to ensure you are not too early, but also not too late to ensure the best rhythm for supply and sales.” 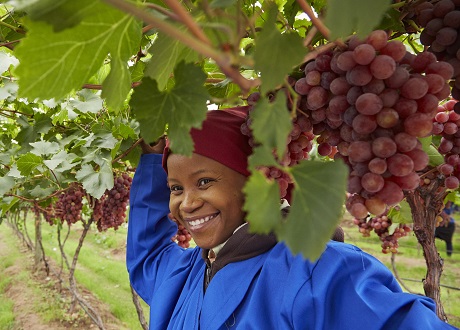 On the Johannesburg market they’ve noted with some annoyance how the price on season-opening grapes has already dropped R100 (6 euros) in response to some early volumes of varying sugar levels from the Southern Hemisphere, cut as early as possible in order to be the first on the South African market. 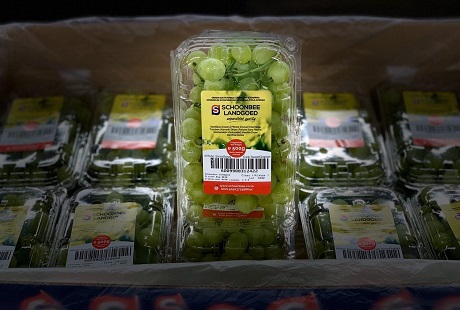 India’s rain will reduce their grape crop. The threat from Peru is lower; there has already been a drop in the volumes Peru has been sending to Europe as better opportunities in North America beckon.

“Europe looks great now, but everyone knows it. Three boats or too many arriving at the same time and what does Europe look like then?” Danny asks. Gert notes that the retailers are fixing prices at around €12 at the moment, €2 higher than last year’s average prices.

They did a complete analysis of the cost chains of all of their clients. “Many exporters and many farmers have a completely different mindset to last season, looking at what worked last year, what didn’t work at all. If a retailer or an exporter was good for you, ensure that they are serviced. We’re trying to find the middle ground.”

He notes that last year showed up clients with an overly complicated cost chain which, in turn, carries over costs to the consumer. “You have to eliminate the sore points from last season.” 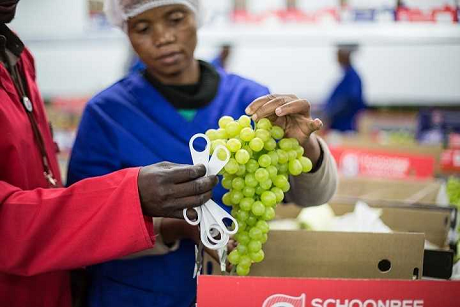 Importance of right packaging in China
A trip to various countries in the Far East showed them the value of being on the market floor, experiencing their product as the receiver would. Schoonbee’s grapes are exported to around 60 countries, either directly or indirectly.

Packaging is also becoming a focal point. They point out that Europe is becoming stricter on plastic, thus it’s not so easy anymore to re-direct grapes from the East to Europe to be reworked. The Far East is not so sensitive on plastic as food safety is the priority, Gert says. Branding is a novelty and plays an extremely important role in promoting produce.

UK market steady but prices stagnating
Brexit they regard as another variable which could present an opportunity. Gert explains: “We’re sending a smaller component to the UK this season, but it’s still a very valuable market for South Africa, since the UK is a very steady market. It runs like clockwork. But the UK wants a very high spec fruit and prices haven’t moved much upwards over the past few years. Yet production costs are rising, for instance electricity, and we can’t do anything about it.”

The new, complicated nature of UK-European trade, which used to be so easy, will probably also open up opportunities for South Africa, Morocco and Egypt, they expect.

They have renewed their focus on the local market, where they do well in conjunction with specific retailers whom they supply with export grade fruit, and with direct clients, direct exporters and fixed programme business.

Danny: “The grapes you find in local retail are better than any you’d find in the UK. It was cut yesterday.”

Unusual, too, for an export-oriented fruit producer, they express a desire to have their grapes, traditionally a luxury item, eaten by all income groups in South Africa. From this week they’re supplying grapes into retailers aimed at lower income groups to ensure everyone can enjoy and share in the grape experience. 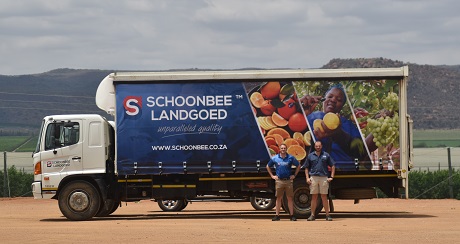 Other varieties that have shown themselves dependable on their farms are Adora®, IFG Sweet Celebration™, AutumnCrisp®, IFG Sweet Globe™, IFG Sweet Joy™, IFG Sweet Sapphire™, IFG Candy Crunch™ and IFG Candy Hearts™. They have the largest trial blocks of grape varieties in the north of the country.