The past cherry season in Hungary was a very difficult one. Climate change is posing a real challenge and one exporter is investing to ensure next season will be more profitable. Thanks to covering plastics, the losses should decrease, effectively increasing the total yield.

Although the cherry season in Hungary has been over for a while, Hungarian exporter MediFruct is already preparing for the 2020 season. Peter Kelemen, a consultant for the company, claims the previous season was a very difficult one. “The 2019 season was very challenging, mostly due to the weather. Next to the spring frosts we also noticed a change in the climate, as we see more and more rain coming from the South. In May and June we had to deal with 200-400 mm of rainfall, which is unheard of.” 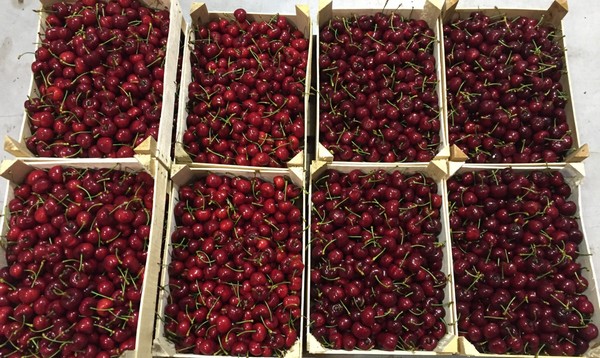 The weather challenges resulted in lower volumes for MediFruct. “The rain took about 100 tons of fruit from us. We’re trying to increase our production volume, but it’s also important that we reduce the losses from weather conditions. To achieve this we’ve invested in rain covers, which should hopefully give us some more security. Over the next three seasons, we hope to cover about 25 to 30 hectares. What we’ve learned is that it’s impossible to grow cherries without covers and still turn a profit.” Kelemen stated.

MediFruct used to export their cherries to Russia, but ever since the embargo this hasn’t been possible. Luckily, the company has found other markets. “We supply a lot of Hungarian retailers, but in terms of export our main markets are Germany and Austria. In the future there’s a possibility we’ll start looking towards the Far East, but as of now our production isn’t high enough to warrant exploring these markets,” Kelemen said. “With our current markets, we have a significant advantage over our competition though. Unlike Greece and Turkey, we are so close to our markets that we can have our cherries at their destination within 36 to 48 hours after they are picked. It ensures maximum freshness for the end consumer, which is important for cherries.”

The next cherry season in Hungary will start in the second half of May 2020, when early varieties will be available.