“The Lovita® plum is a gem worthy of the club varieties”

This year at Fruit Attraction, French Fruit Lovers presented the Lovita® plum which once again made a strong impression.

“We can say that Fruit Attraction was a great success. We had many visitors particularly thrilled about the Lovita®. We always enjoy observing people’s faces when they taste the plum. Some grab a piece in passing, put it in their mouth, then stop and, as if having just had a revelation, turn around and come back to our booth. Lovita® is already visually attractive because people are not familiar with it. At first, they do not notice that it is a plum, then they are further conquered by its taste. We met many products and distributors from all over the world - Latin America, China, Asia, the Middle East, but also from Rungis - who were interested in the plum and our approach,” explains Monika Kujundzic, head of communication and marketing of the Lovita® plum. 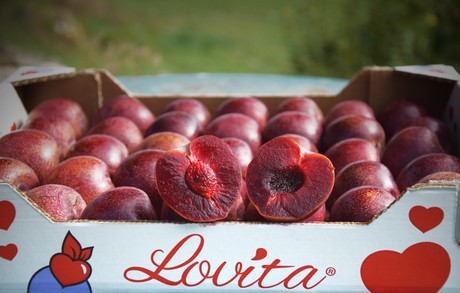 A plum like no other
The Escande nurseries were the first, 10 years ago, to test this variety of red-fleshed plums, created by the Israeli hybridist Ben Dor. “We are not the only ones to have tested it, but combined with our farming practices and our land, we obtained fantastic results,” explains Monika.

Whether in terms of production, conservation, seasonality or organoleptic qualities, the Lovita® plum seems to hold all the advantages, according to Monika. “This plum has outstanding characteristics. First of all, in terms of production, it is a highly resistant variety. Last year, for example, which was qualified as bad for plums, this variety was one of the few in our orchards to resist the spring frosts. It is a very rustic variety, particularly robust and with the advantage of having a very good yield.”

“With Lovita®, we are talking about a plum of exceptional quality. It has a conservation of three months, which is rare for a plum. Our plums harvested in September sometimes keep until the end of December, or even January. The conservation qualities are linked to the plum’s high sugar levels and its firm flesh. This makes it a nice product, very interesting to put on the market. Plums have a seasonality problem because in the summer, consumers turn more easily to melons, peaches and nectarines. With the Lovita®, we hope to avoid this thanks to its later arrival. Our objective is to be able to offer it at Christmas, when the competition with other fruits is much lower.” 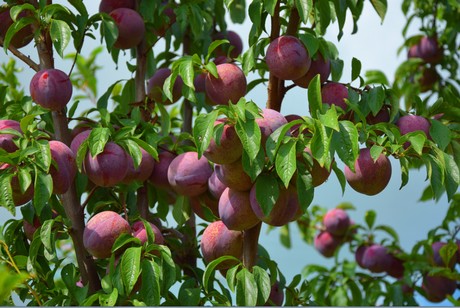 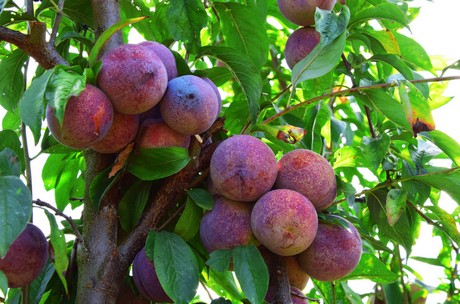 The creation of a club
French Fruit Lovers wishes to give every opportunity to this new plum, by offering it as a club variety under the marketing name Lovita®. For this, the French Fruit Lovers variety publishing company was born, composed of the Escande group, the Rispe nurseries and Sébastien Guy, specialized in the commercial development of the fruits.

“When we realized that we were in possession of a real gem, as we call it, we wanted to create a club to give it every opportunity to succeed. And for it to stand a chance, there must be volumes, as well as production and marketing partners. If we choose to remain the only producers of Lovita®, we may not be able to produce enough for everyone. As for the sales of plants, the quality of the plum cannot be guaranteed, as it depends on the farming practices of each producer and other agronomic and environmental factors which vary according to the location. That’s why we decided to create a club. The idea is to bring together under the Lovita® brand a certain number of producers, packaging stations and distributors who follow a very specific set of specifications,” explains Monika. 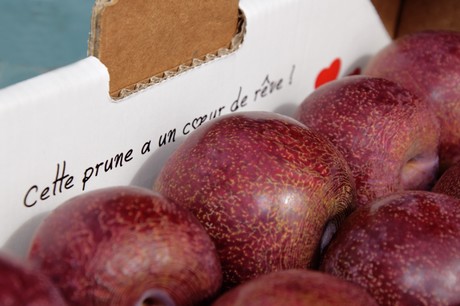 “Today, the priority is to plant”
Last year, French Fruit Lovers started communicating about the Lovita®. This year, the objective was to expand the club with new partners ready to commit to the approach. “We already have nearly 100 hectares of trees sold, that will be planted in the next three years. Our symbolic first harvest this year allowed us to present the plum and have it tasted. It takes three years to get plums and planting is now our priority. Next year, our orchards will turn 4, and we will be able to start selling in France a harvest of probably 100 tons, depending on the weather conditions of course.” 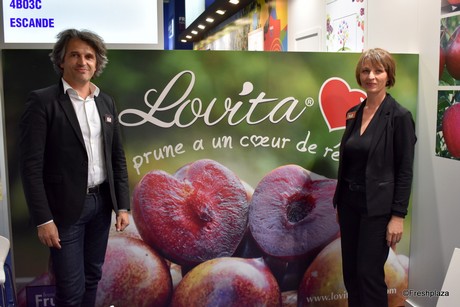 French Fruit Lovers holds exclusive production rights in France, Spain and Portugal. “We are also contacted by other countries to enter French Fruit Lovers, because selling the plum under the brand Lovita® allows us access to a large number of interesting services. The idea would also be to have partners in other countries like South Africa, in order to import their Lovita® in Europe as early as March, and to be able to offer it off-season.”

The Lovita® is the first club variety of French Fruit Lovers, but it seems that it will not be the last one. “We have other fruits being tested in the orchards and we hope to expand our range of club varieties soon,” concludes Monika.